The latest TV ratings show a continuing downward trend. This chart from Wall Street analyst MoffettNathanson shows an -8% year over year drop in broadcast and cable ratings in the second quarter of 2015: 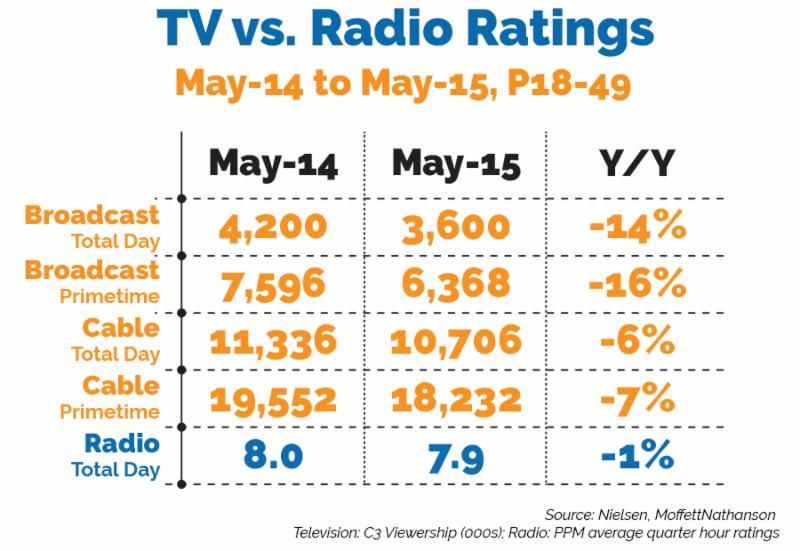 2 . Radio listeners are younger and more employed than TV viewers.

TV viewers tend to be older and more unemployed than radio listeners.

Over half (52%) of time spent with audio goes to AM/FM radio – eight times Pandora. The same amount of time is spent with music videos on YouTube (6%) as with Pandora (6%). Spotify has a tiny 3% share of time spent listening.

Read more about Edison’s quarterly study here: “Did You See What Netflix & Pandora Did Last Night? How Streaming Stacks Up to Radio & TV.” 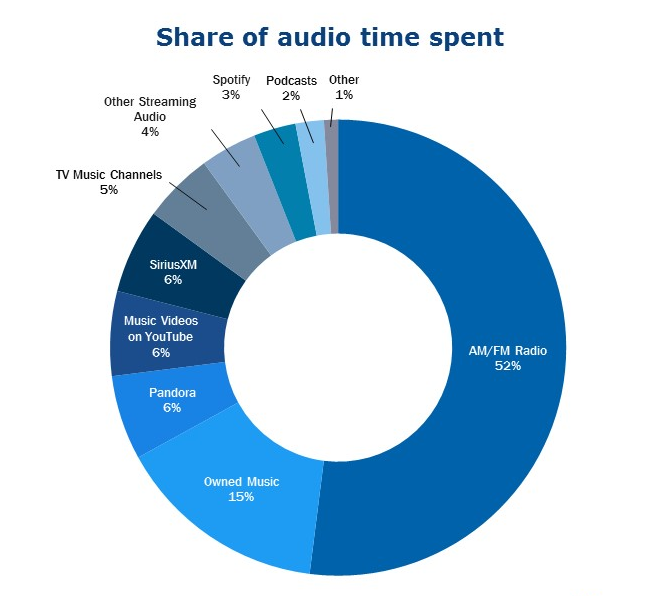 As seen recently in Advertising Age, we recently conducted a first-of-its-kind study to understand the season-long reach of Westwood One’s NFL broadcast. While the NFL reaches 6 million listeners in the first weeks of the season — unique reach soars to more than 21 million over the course of the season (a 3.5x increase).

These findings clearly demonstrate the long-term reach and value of play-by-play sports on the radio. 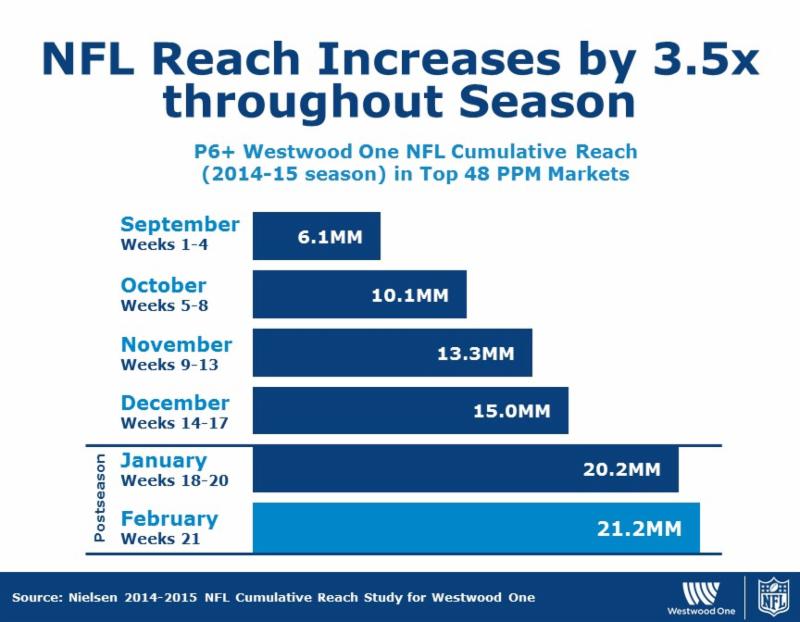