This Just In: New Data On TV Viewing Levels And Demographics

The Nielsen May television audience “sweeps” are in and leading Wall Street analyst firm MoffettNathanson breaks down the results.

Year over year, overall May television 18-49 prime ratings today are down 9%. 18-49 cable prime is off 7% while broadcast prime is down 16%. A headline in this week’s Advertising Age sums up the state of TV audiences: “Endless Bummer? TV Ratings Slump Continues.”

During the same time period, radio ratings from Nielsen’s Portable People Meter panel are remarkably stable. 18-49 total day radio ratings are down only 1% from May of 2014 to May of 2015. 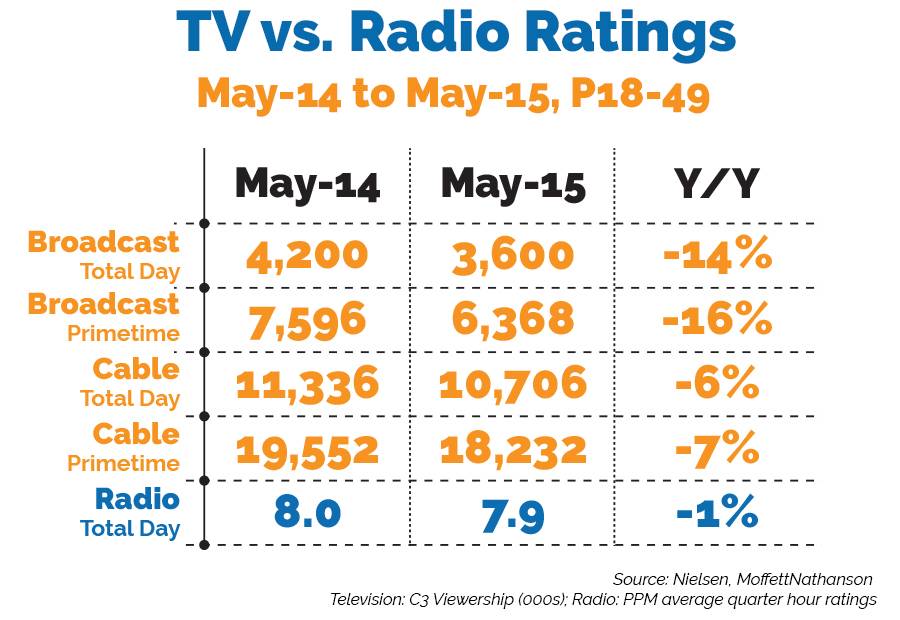 Here’s what’s not being covered: the current demographic profile of the broadcast networks. In a local market, affiliates of ABC, CBS, and NBC continue to be mass reach platforms for local advertisers. The demographic audience composition of ABC/CBS/NBC has shown significant shifts. 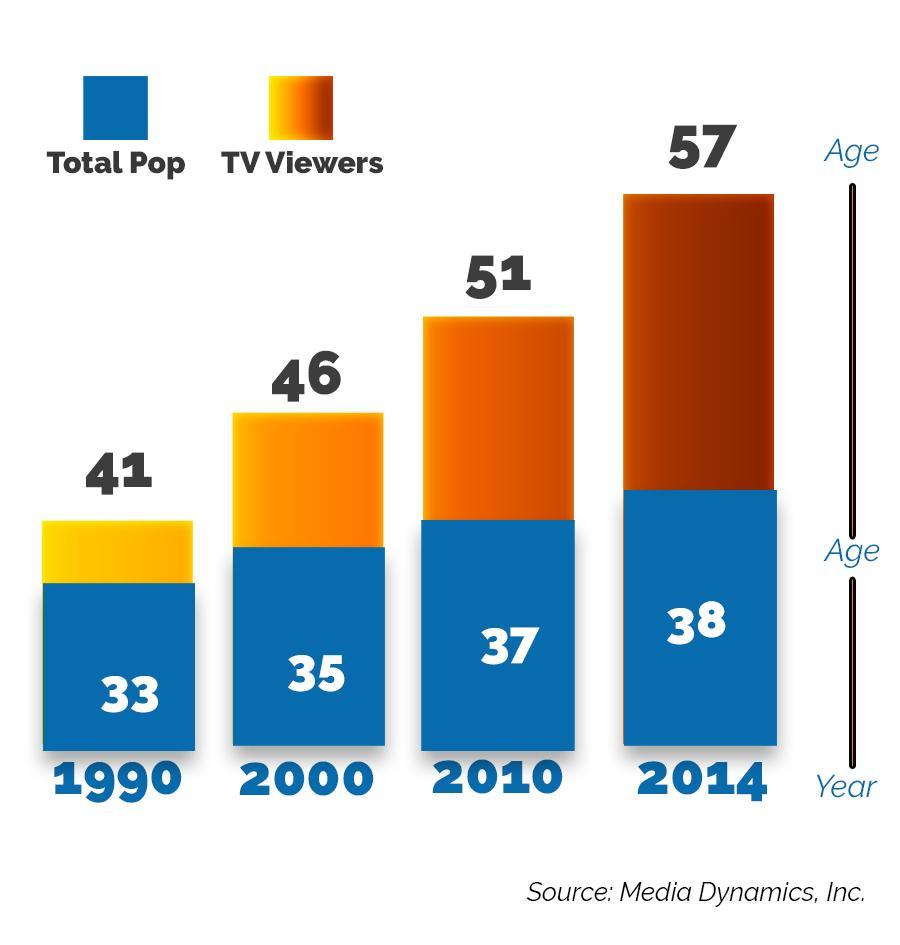 According to Media Dynamics:

Thanks to the multitude of alternative viewing options, particularly cable, the major networks garnered only 25% of the primetime TV audience and the median age of their viewers was at an all-time high of 57 years, 19 years higher than the total population norm. It seems clear that the major TV networks, who still think that they are ‘mass audience’ programmers, are actually catering more and more to older traditionalists.

Radio Reaches the Working Generation
Unlike ABC/CBS/NBC, radio has seen much smaller changes in its median age. According to Nielsen, the median age of radio listeners in 2005 was 43 and is currently 46, a difference of only three years. 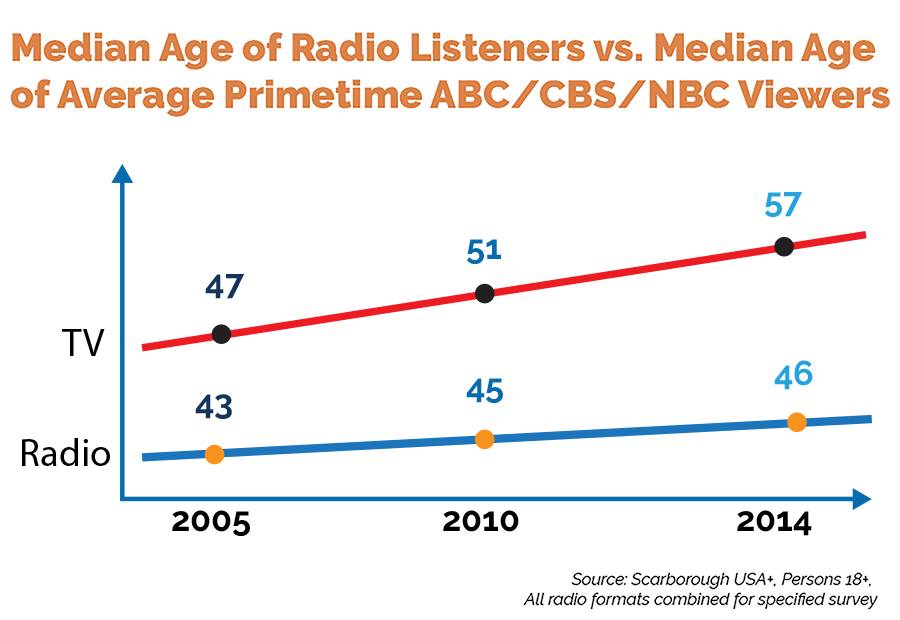 Radio is the “soundtrack of the American worker.” Nielsen research shows how heavy radio listeners are more employed and younger than heavy TV users.