With 36 days left until Christmas, the holiday shopping season is in high gear at America’s retailers. Here are some trends we’re seeing: 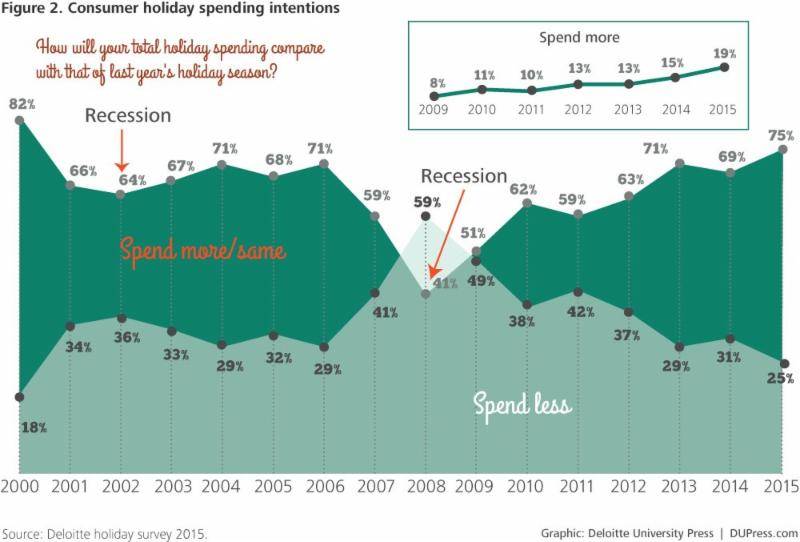 What if you could cross off two-thirds of your holiday shopping list on the day after Thanksgiving? That’s what advertisers get when they use radio on Black Friday. Nielsen’s analysis of Black Friday 2014 found 63% of all 25- to 54-year-olds are reached by radio on the busy shopping day. Reach a majority of holiday shoppers when they are out and about on the biggest retail day of the year. 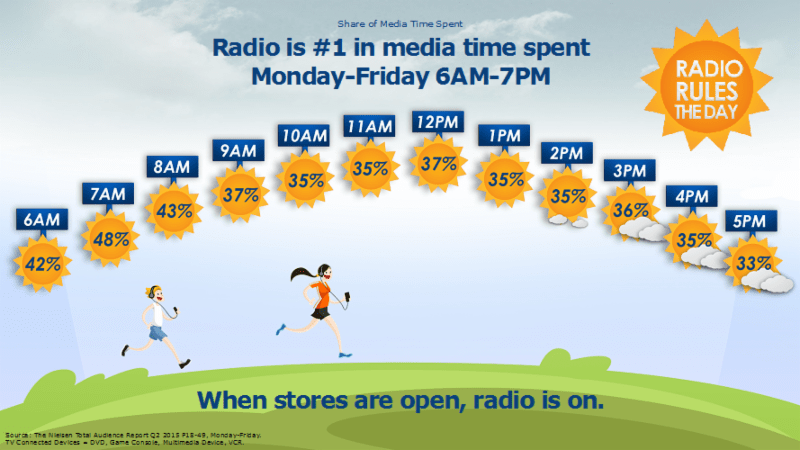 3. Radio listeners are the engine of ecommerce. Per NPD, two-thirds of consumers plan to do some of their holiday shopping online this year, a 12% increase over 2014. The vast majority of radio listening comes from those that work full- or part-time. Since radio is the soundtrack of the American worker, it is natural that radio listeners are more prone to research and purchase online.

An Ipsos study of Amazon’s summer Prime Day sales event revealed radio had the highest conversion of advertising awareness to purchase. Radio had a higher sales conversion than TV and online. Another Ipsos study of ecommerce site Jet.com found radio listeners were more likely to use the new shopping site compared to TV and online users. 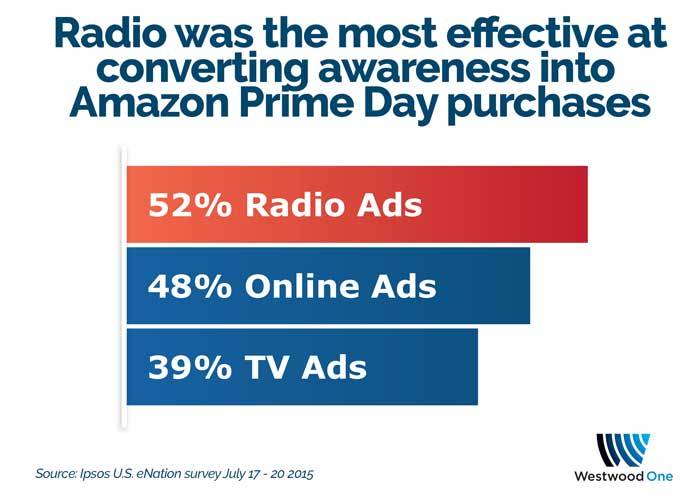 4. Nielsen found radio delivered $17 of department store sales for every dollar of advertising, an astounding return on investment. In a recent Nielsen analysis, four department store brands that implemented radio campaigns experienced a 10% increase in sales. In addition, the campaigns led to a 3% increase in total number of buyers and a 6% increase in dollars spent per customer. Radio drove a stunning $357 million of incremental sales. 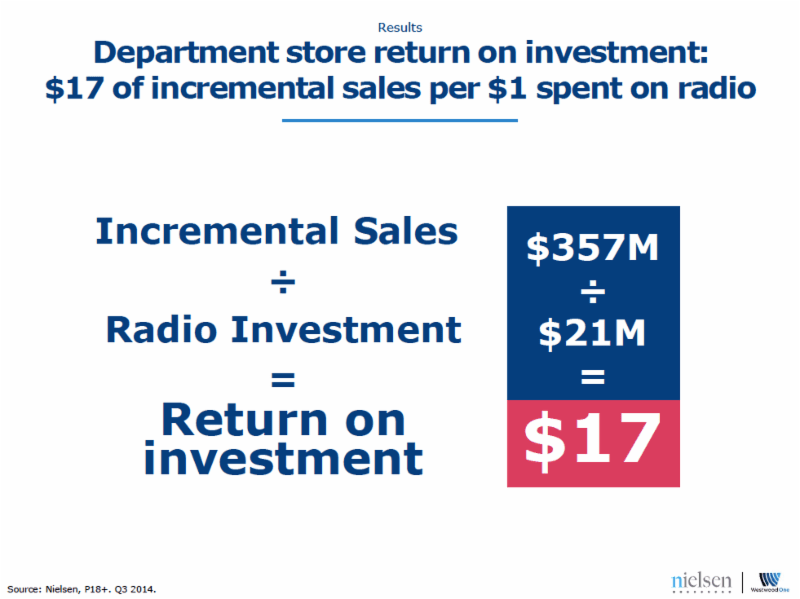 5. Nielsen found radio delivered $16 of mass merchandiser sales for every dollar of advertising, an equally impressive return on investment. Nielsen analyzed two mass merchandiser retailers that executed radio campaigns experienced a 2% increase in total number of shoppers and 2% in dollar spent per transactions. The outcome? $228 million of incremental sales. 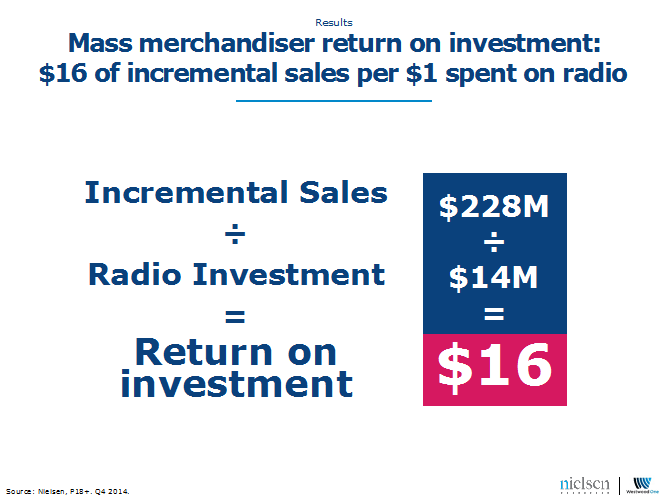 Radio’s stellar ability to increase retails sales is due to the mobile nature of the radio audience. Most listeners work and spend majority of the radio time listening out of home during shopping hours when stores are open. Radio reaches 90 million consumers on Black Friday. Nearly two thirds of all 25-54 year-olds are reached by AM/FM on Black Friday.

The Amazon and Jet.com studies prove that radio listeners are the engine of e-commerce driving web purchases. These just-released ROI studies from Nielsen confirm what many radio advertisers already know: radio excels at driving store traffic and sales.