Integrate Your Brand Into A Mass Cultural Event: NCAA Basketball On Westwood One

While this season NFL’s story has yet to write its glorious conclusion, marketers and agencies must look ahead to consider how their brand will achieve reach, resonance, and receptivity to secure sales goals. One has to look no further than the explosive cultural phenomenon that is NCAA March Madness.

Casual fan and diehards alike are about to get swept into the euphoria of collegiate basketball. Westwood One is the home of the NCAA and March Madness. We carry 67 games in 14 cities, resulting in more than 100 hours of coverage. Fans can listen on AM/FM radio, SiriusXM, and digital audio streams.

For marketers, March Madness on Westwood One is a dream come true:

1. A reach machine. On AM/FM radio alone, nearly 22 million Americans are reached across the NCAA season on Westwood One. That’s half of the total audience of men consuming NCAA coverage on all platforms (TV, social, digital, etc.).

2. Audio fans are more upscale.  Versus those who watch on TV, Westwood’s NCAA audience has a much higher income profile and are much more likely to be employed. It’s no surprise since AM/FM radio is the soundtrack of the American worker, reaching busy, working families while they are in the car or at work. When you don’t have access to TV, audio is the “best available screen.”

In the chart below, ad testing scores of branding ads are in blue; call-to-action ads are shaded grey.  Build your brand with Westwood One NCAA coverage. 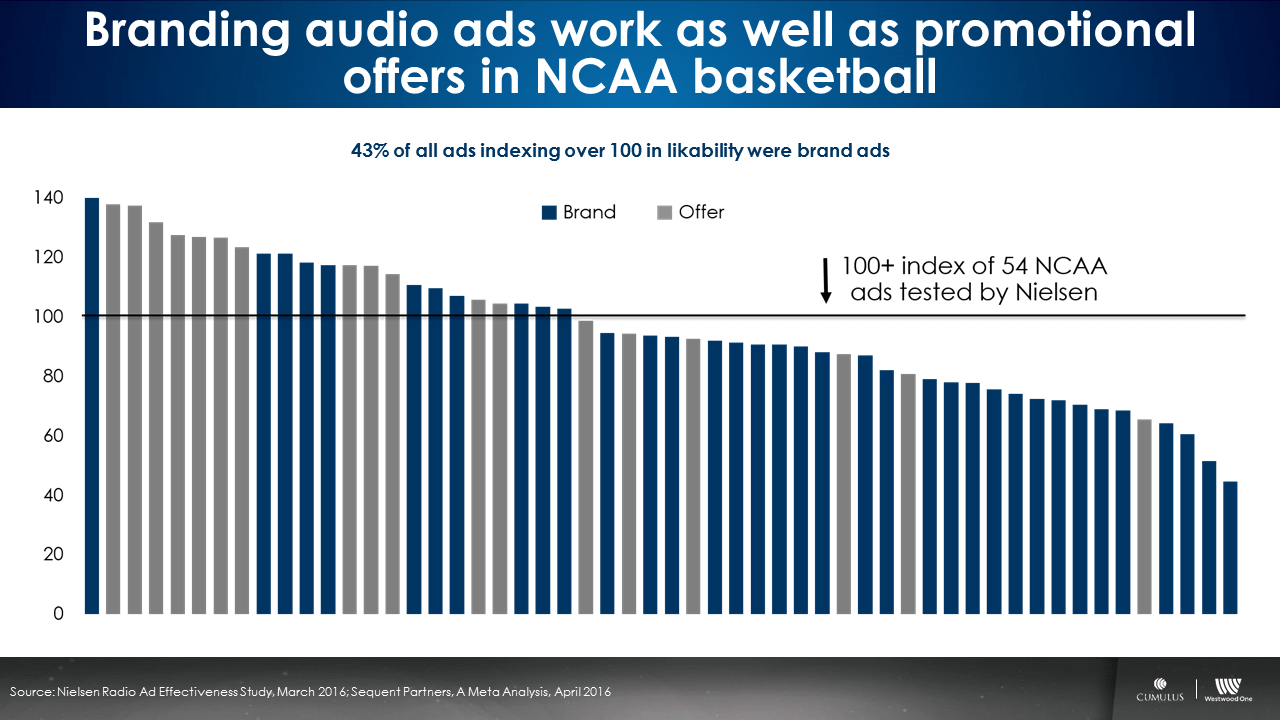 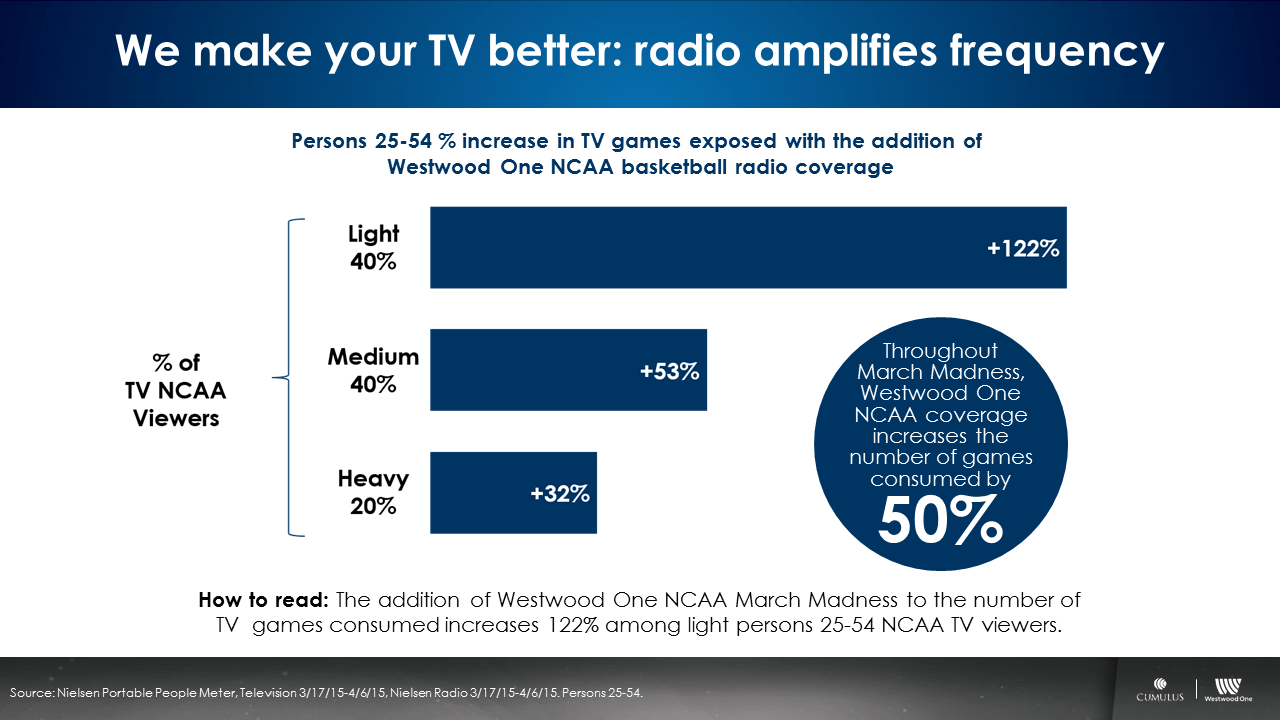 Email CorpMarketing@westwoodone.com today for more information about how to connect your brand to Westwood One’s March Madness coverage.