Audio Is Everywhere At Advertising Week

Last week marketers from all over the country joined together for the annual Advertising Week in New York City. One of the biggest trends we spotted: everyone is talking about audio.

The Westwood One marketing team hit the streets and here are the top five trends we’ve compiled for audio marketers:

1.    Audio is everywhere.
2.    Podcasts are desirable to advertisers for their niche audience.
3.    Ad-blocking is a sign consumers want relevant and interesting ads.
4.    Data is a huge opportunity.
5.    Content is now “platform-first.”

1. Audio is everywhere. In the past the conversation at Advertising Week revolved around video, social, and mobile, but this year marketers demonstrated new excitement about the power of audio, too. One reason is the continued explosive growth of mobile, resulting in more people listening on the go.

As Adam Carolla, host of the podcast “The Adam Carolla Show,” said, “you can’t drag the TV around with you.”

The popular news site Mashable launched its first podcast to capitalize on the trend. “We expect audio to be as big as video,” said Mashable CMO Stacy Martinet.

2. Podcasts are desirable for their niche audience. We know that radio is the number one mass reach medium — more people use radio on a weekly basis than both TV and smartphones.

Podcasts offer another layer to audio marketing: reaching targeted groups of consumers with a real brand affinity for the show.

As Carolla put it, people have to really seek out and download podcasts — “they’re burning a couple calories to get to us.” He noted that audiences are owned, not earned, and are very responsive to advertising. 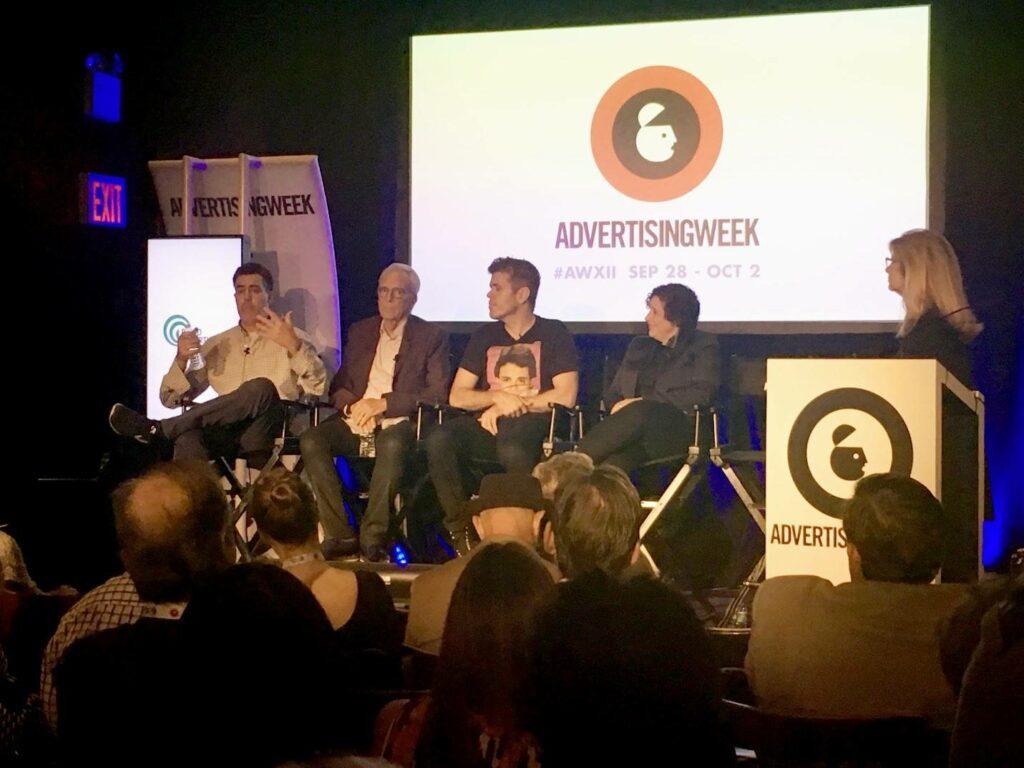 3. Ad-blocking is a sign consumers want relevant and interesting ads. One in 10 Americans are blocking ads, according to ComScore. Many leaders commented about how ad-blocking technology will force us to do better as an industry to enhance creative and improve ad formats.

For radio — the original native advertising platform — brand messages can be integrated by on-air personalities into their shows in a way that’s charming and interesting. Radio and digital are the perfect complement and supplement to reach the young, working Americans with larger households.

Billboards around Advertising Week, courtesy of the Outdoor Advertising Association, asked the industry to “feel the real.” The “real” in this case is advertising seen by real human beings, as opposed to the portion of digital advertising only seen by robots.

4. Data is a huge opportunity and challenge. Jim Stengel, former CMO of Proctor & Gamble, noted how important measuring results and mining the data has become:

At the NAB/RAB Radio Show, also last week, Nielsen released its latest study showing how radio delivers a 17-to-1 return on investment for department stores. To Jim’s point, we’re working at Westwood One to conduct more research on the power of audio, working with clients on targeted solutions to demonstrate ROI.

In the past, brands and publishers created a piece of content and then figured out how to use it for each distribution platform. Today’s content creators are talking about the platform FIRST and then creating content that makes the most sense.

Zach Sang, the 22-year-old host of Westwood One’s “Zach Sang & the Gang,” refers to it as having “six shows in one.” He creates content specifically for social media while also hosting a radio program. “We aren’t just on the radio: we’re on Snapchat, Twitter, Facebook, Instagram, YouTube, and FM.” 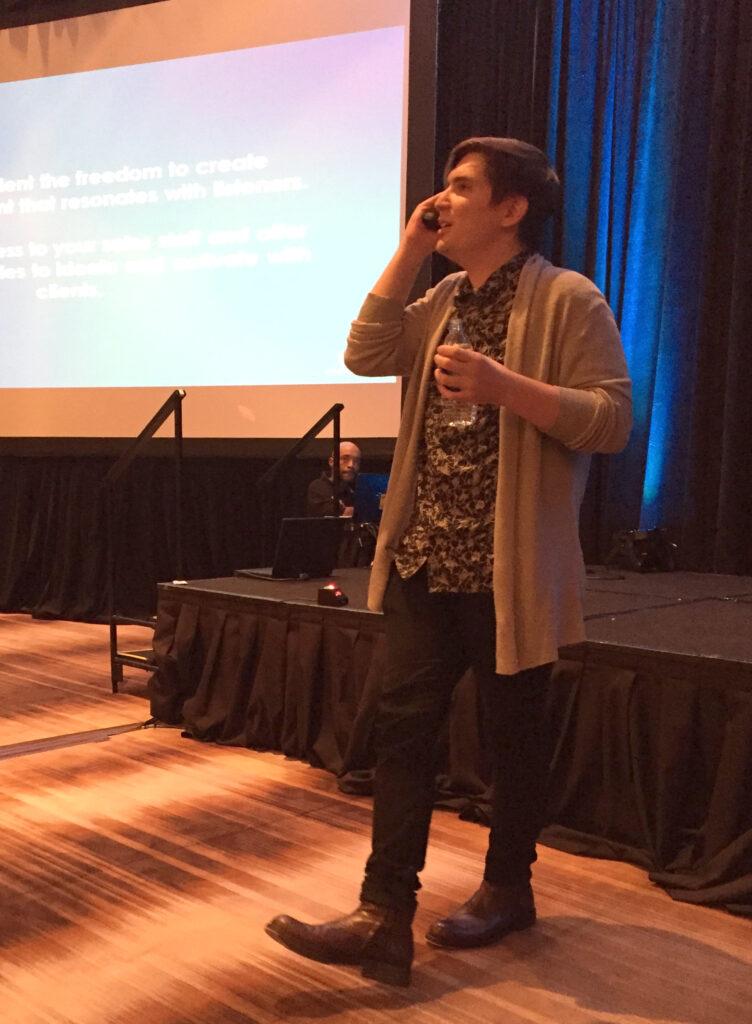 Zach Sang presents last week at the 2015 Radio Show, sponsored by the National Association of Broadcasters and the Radio Advertising Bureau.

The below photo illustrates the new content “space.” In the past traditional storytelling had a beginning, middle, and end. Now we are using an “orbit” of platforms — from podcasts to tweets — to amplify one message across platforms. 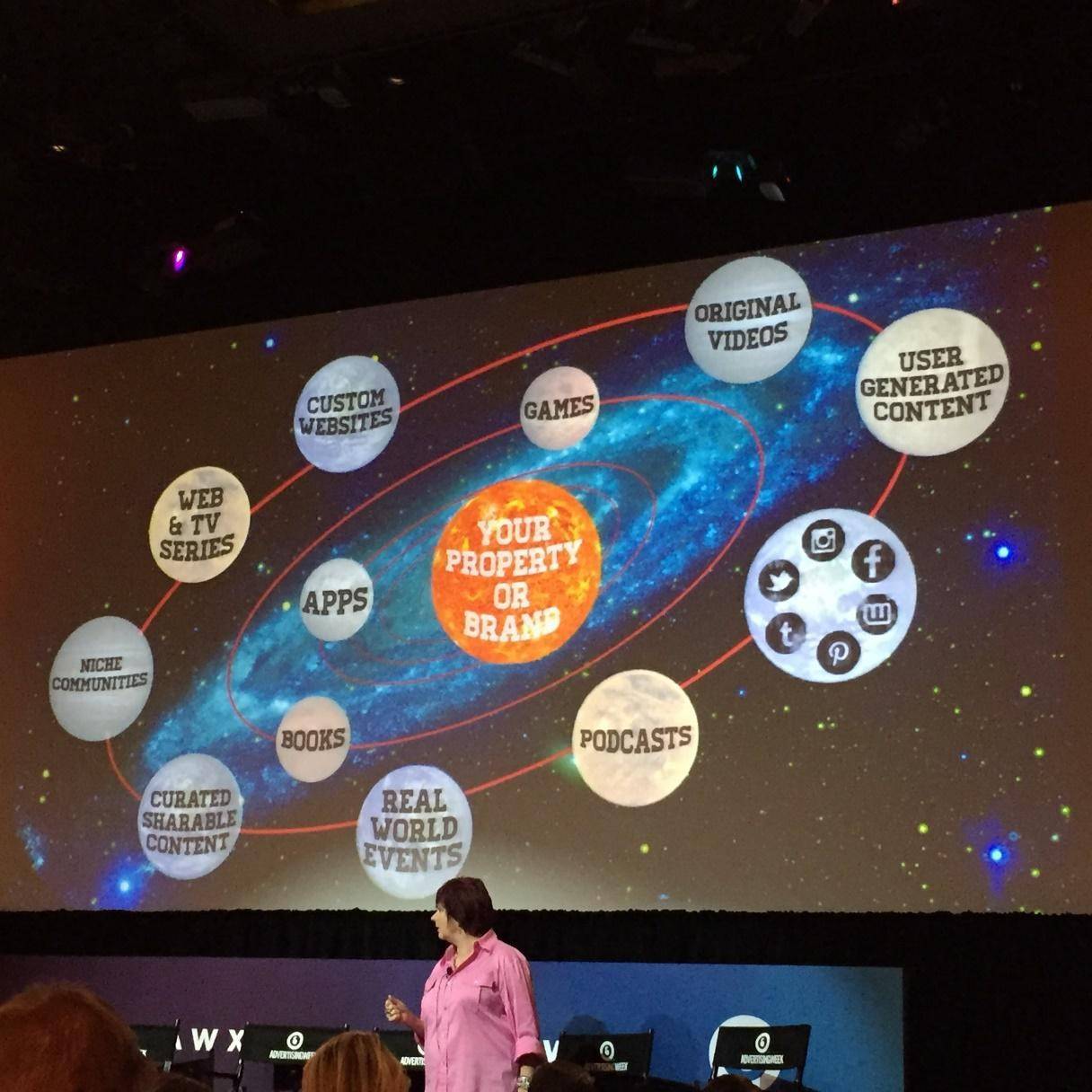 What’s next? Expect things to get even more mobile! In the audio industry, we are reaching consumers on multiple platforms — from the radio to the social media stream. It’s no wonder that audio was a major theme at Advertising Week, one of America’s most prestigious events.