With so many digital listening options available, what is resonating with consumers? Here’s a look at current trends in the digital audio landscape, based on year over year trending of Average Active Sessions during Monday through Friday, 6 a.m. through 8 p.m. (“primetime” for digital audio listening):

1. Pandora has lost audience versus last year. Although Pandora remains the largest player in the digital audio space, its audience growth has stalled in recent months. Fourth quarter 2016 marks the first quarter that Pandora has sustained a year over year decline (-1%) in Average Active Sessions. Compared with growth margins of more than +20% in 2014, this recent decline demonstrates the effect of increasing competition and saturation.

2. Spotify shows consistent growth. Spotify has enjoyed rapid growth in quarterly Average Active Sessions throughout 2016. While still ranked second behind Pandora in Average Active Sessions, Spotify is narrowing the gap, posing a challenge to Pandora’s lead. Spotify’s average time spent listening per occasion trails the other major players. Consumers can listen to just the artist, album, or song they desire. The result? Very short listening occasions and a decrease in message frequency for advertisers. 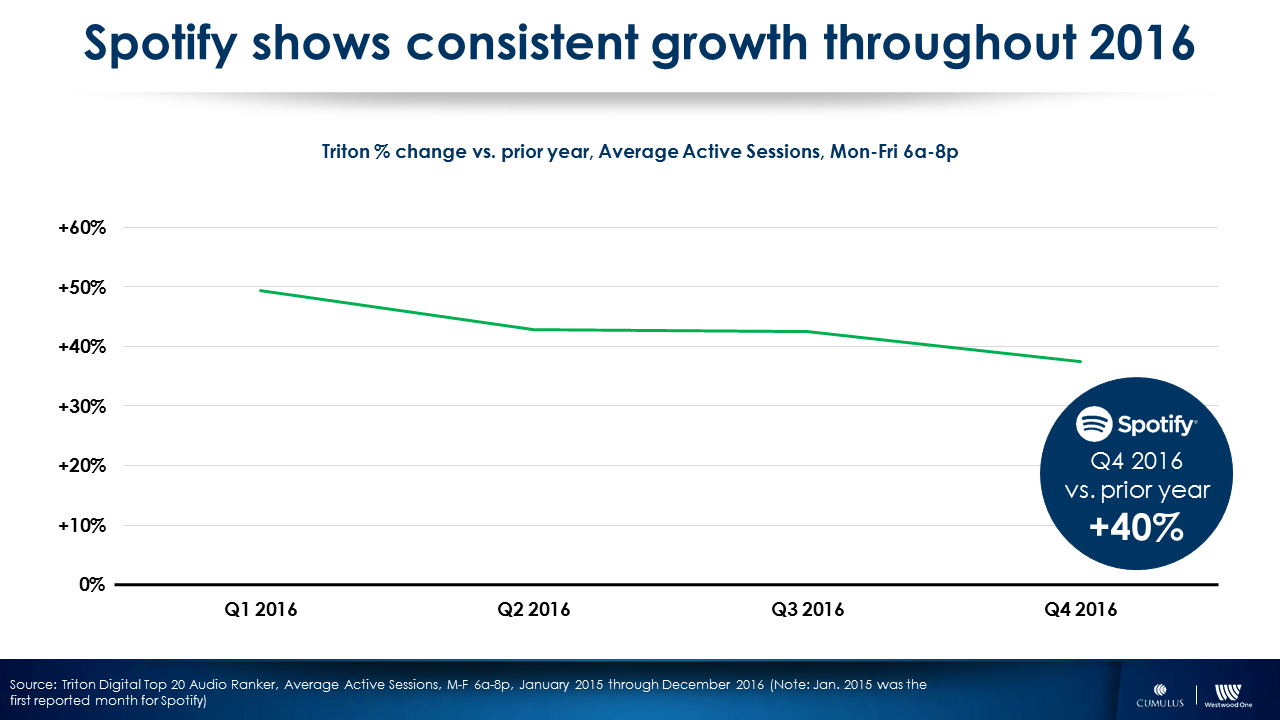 According to Nielsen, Cumulus’ ratings growth for its over-the-air broadcasts are up 14% over the prior year in Portable People Meter markets. Cumulus’ streaming audience has also grown. 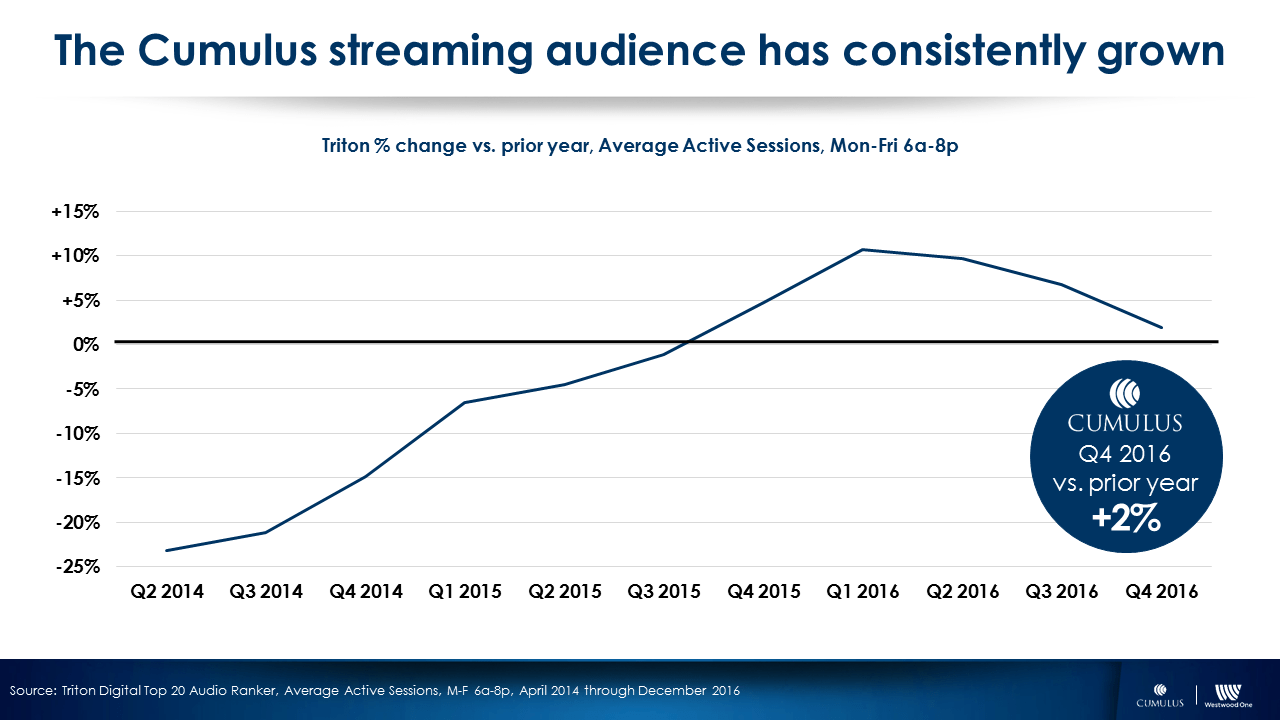 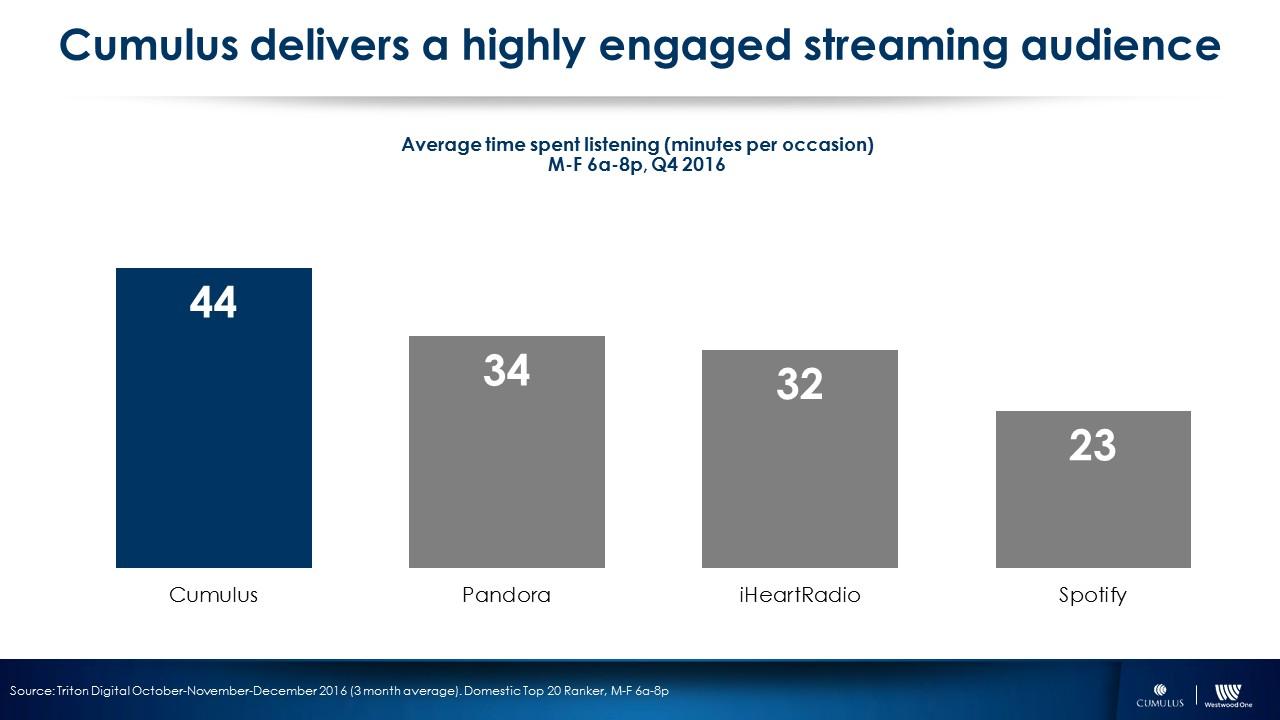 Average Active Sessions for AM/FM radio streaming has grown year over year for the fifth straight quarter. Listeners are increasingly looking to AM/FM radio stations for music, information, entertainment, and a sense of community. Streaming makes this destination content available wherever listeners demand it. 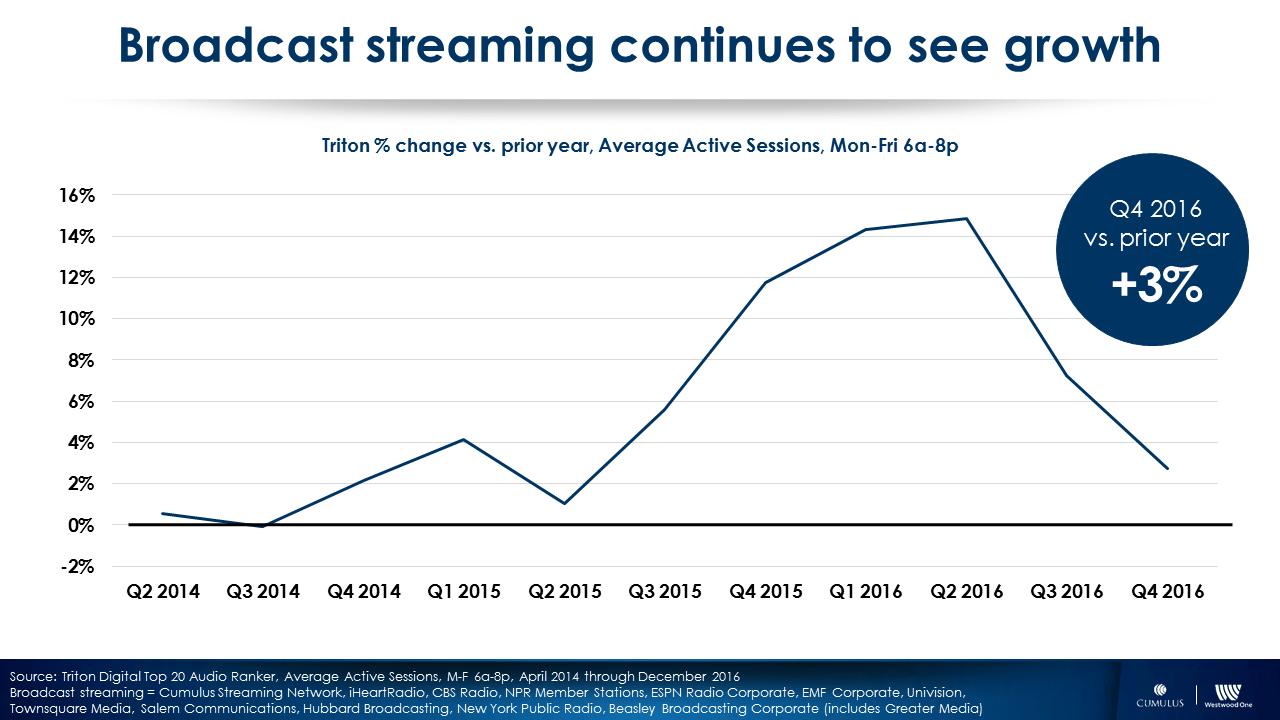