Last Monday, 40 Chicago radio stations aired a 60-second interview with Ed Wehmer, President and CEO of Wintrust, highlighting the company’s investment in radio and demonstrating how the medium is a powerful tool to achieve brand awareness.

This wasn’t the first joint effort by Chicago radio stations. Last November, 47 stations of the Radio Broadcasters of Chicagoland (RBC) came together to simultaneously broadcast a Town Hall event with Chicago Mayor Rahm Emanuel. The interview preempted all programming in the city as these stations united for the live broadcast.

After the event, Nielsen surveyed 728 Chicago adults to examine their attitudes, awareness, and listenership of the Town Hall.

Here are the key findings:

1. The combined strength of nearly 50 radio stations created huge impact. There was significant awareness and listenership among Millennial and multi-cultural audiences. The vast majority surveyed were aware of the broadcast event while half of Millennials listened. Awareness was also higher among Hispanics and African Americans than the average adult. 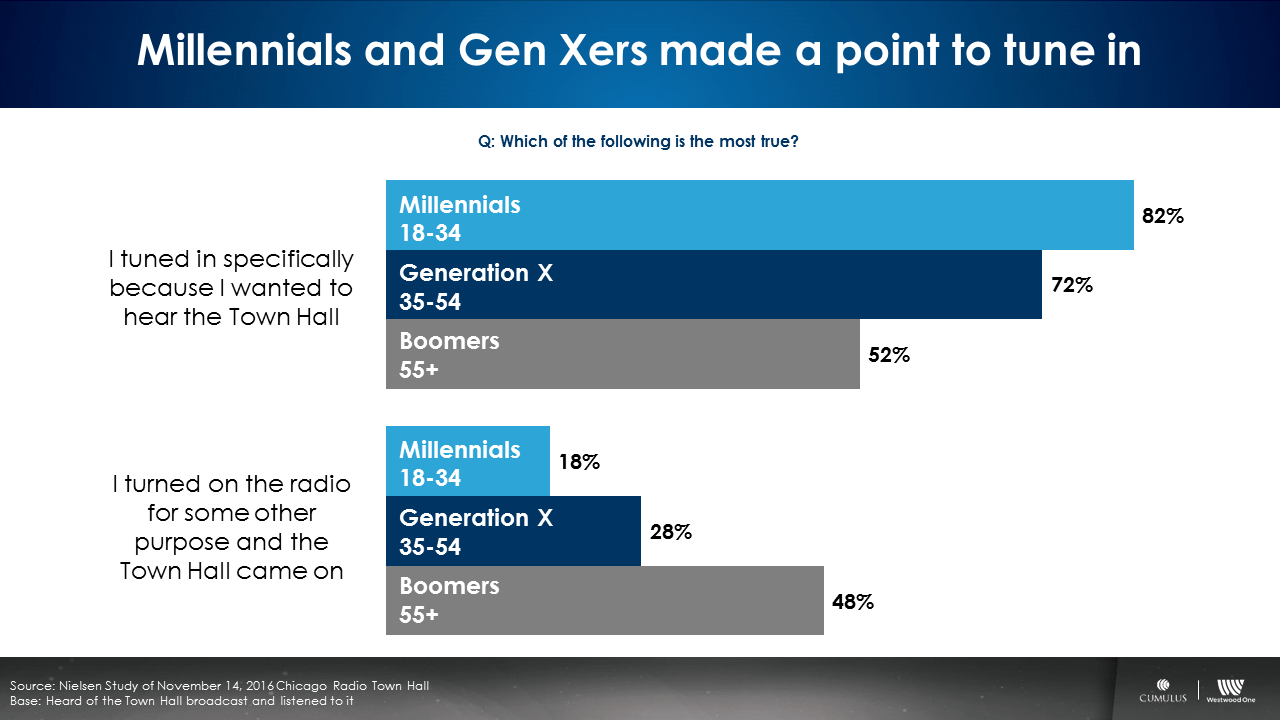 3. Listening occurred in a variety of locations. Different demographics saw different listening patterns. Millennials primarily tuned in at home while listening in the car was higher among Gen Xers. The audience tuned in no matter where they were. 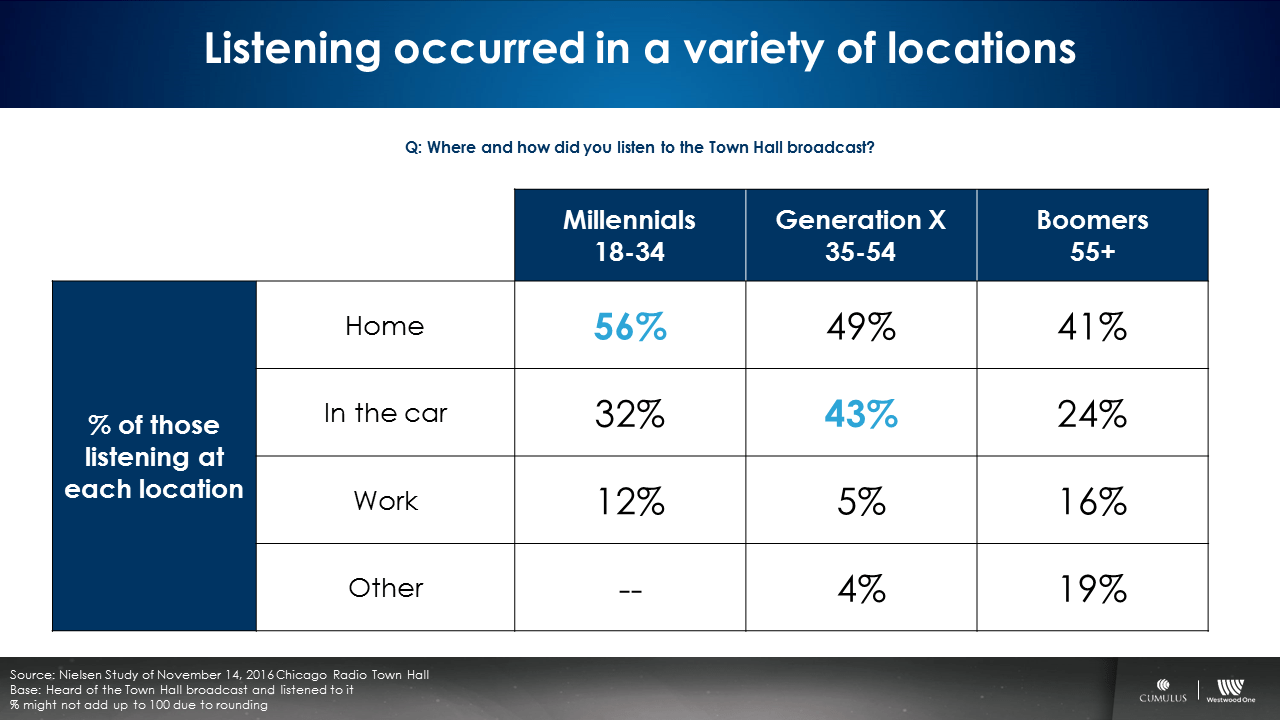 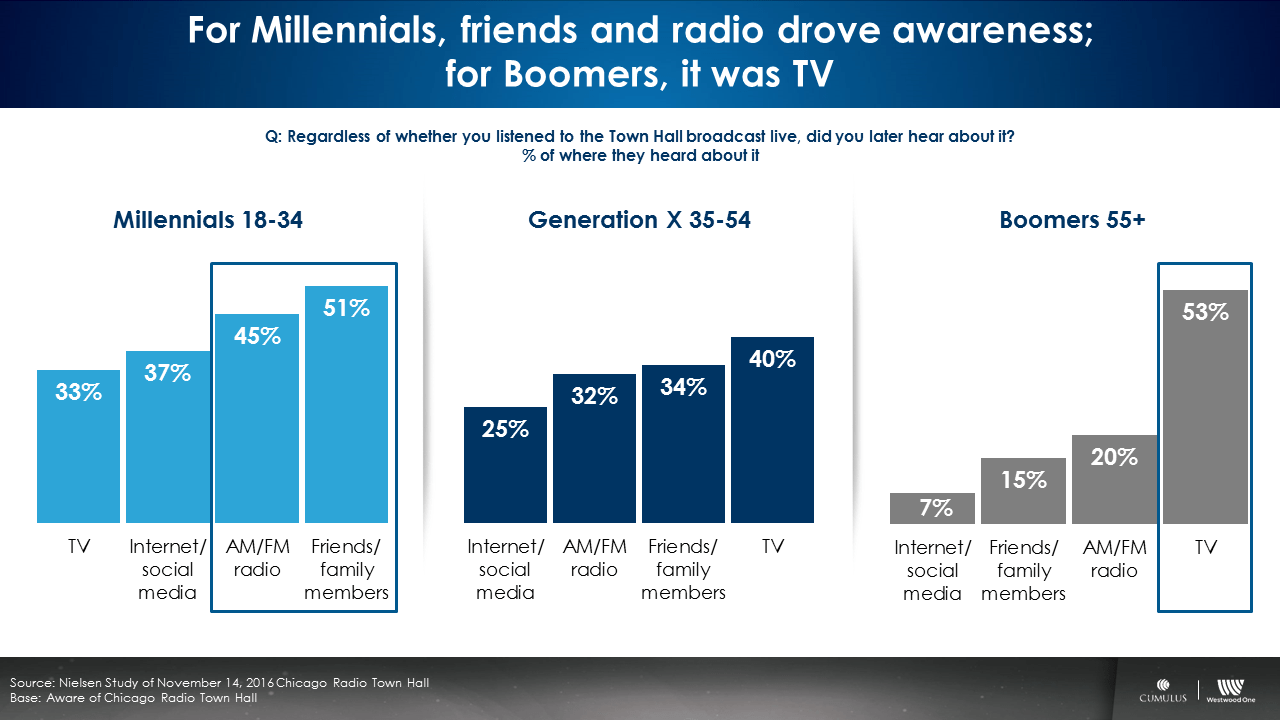 5. AM/FM radio community service matters. The Town Hall was a well-received, must-hear moment for Chicago residents. Almost all of those surveyed listened to the broadcast and felt that the topics were important enough to be broadcast on all stations. 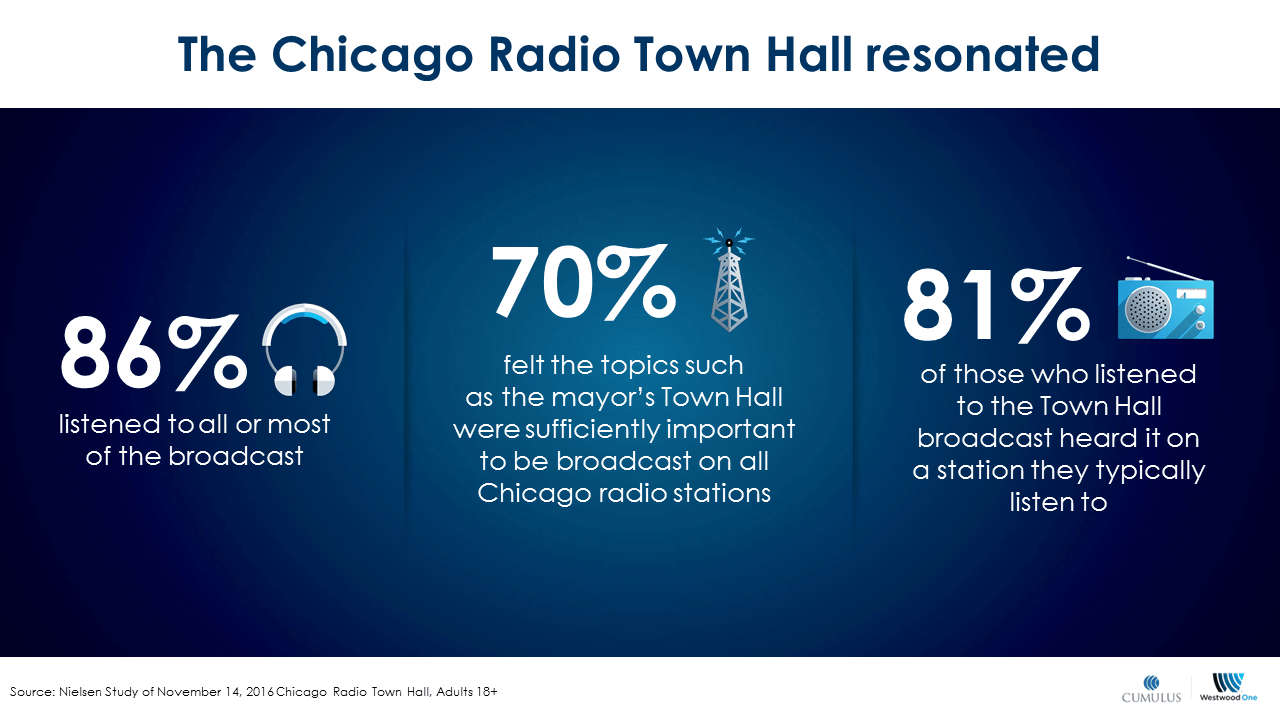 In a recent interview with Radio Ink, EVP of Corporate Marketing for Cumulus and Westwood One President Suzanne Grimes was asked what the radio industry needs to do better. She responded, “Market to advertisers on our air. We have a 93% reach, let’s use it! Your clients and prospects are listening.”

The Chicago broadcasters’ simultaneous success stories, the radio town hall broadcast and recent 60-second interview, are excellent examples of how to use radio’s number one mass reach platform to market to advertisers.