When Edison Research started the Infinite Dial Study in 1998, the goal was to understand how Americans use emerging forms of audio and new media. In the first study, only a tiny number of consumers had ever tried audio streaming over dial-up connection. Today, Edison’s Infinite Dial is the longest-running survey of digital media consumer behavior in America. 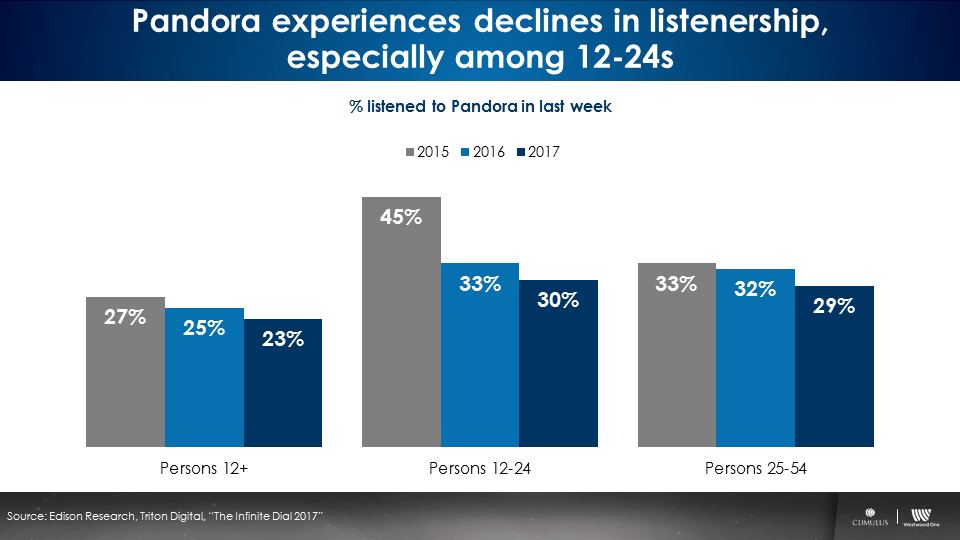 3. Podcasting’s prominence. After a decade of gradual increases, podcasting has experienced a three-year growth explosion. One out of four Americans have listened to a podcast in the last month. 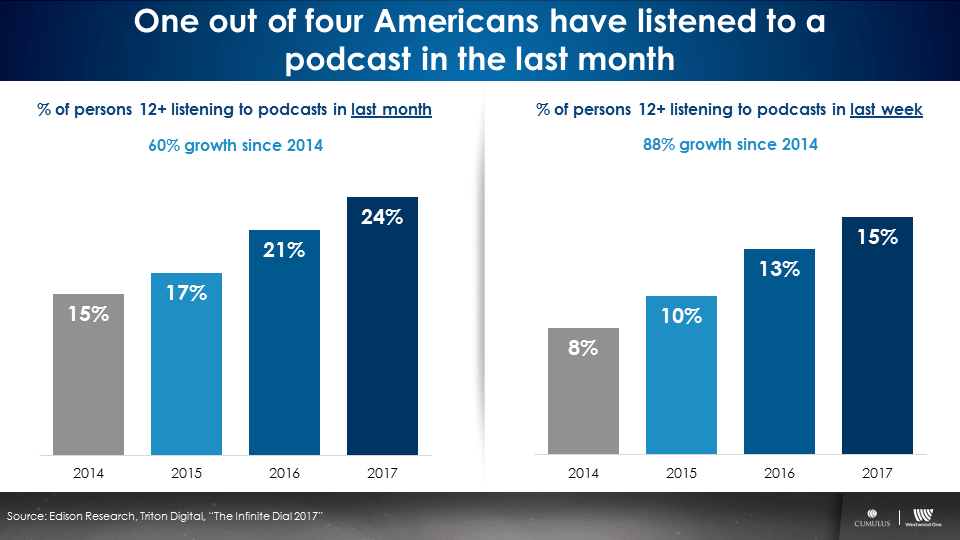 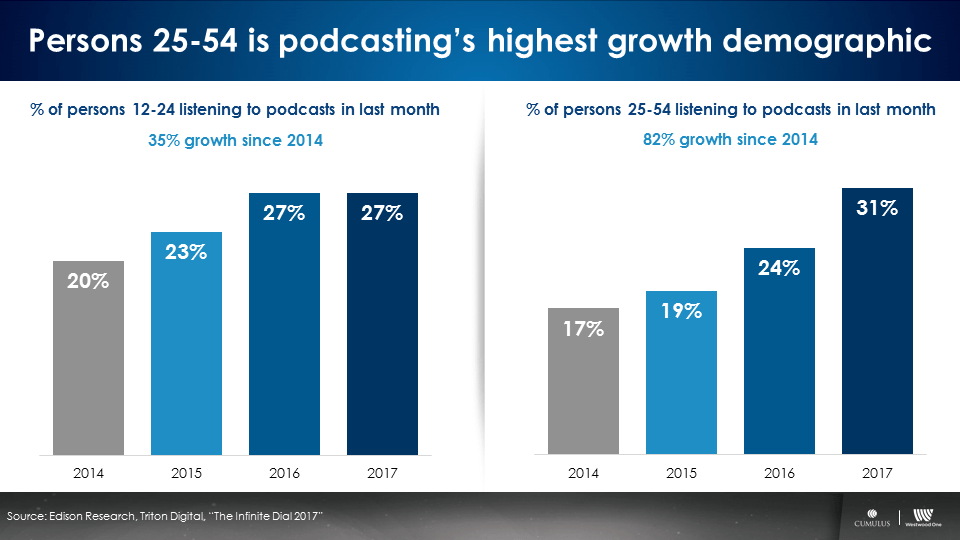 Key takeaways
Some media trends are years in the making. Podcasting has been around for over a decade, but the growth in the last several years is impressive. Once the domain of Millennials, podcasting is now seeing its strongest growth among Generation X (25-54). In the fast-moving world of audio streaming, it is now a two horse race. Pandora’s lead is giving way to Spotify’s strong audience growth.

Pierre Bouvard is Chief Insights Officer at Cumulus | Westwood One.
Contact the Insights team at CorpMarketing@westwoodone.com.