How Advertisers Can Replace TV’s Declining Viewers: The NFL On Westwood One

It’s time to have a serious conversation about the power of sports audio to enhance the media plan. The second quarter earnings season has ended and media analyst Todd Juenger offers his sober conclusions:

Here’s a scary chart for TV advertisers from the researchers at MoffettNathanson. Look at the persons using television trend: 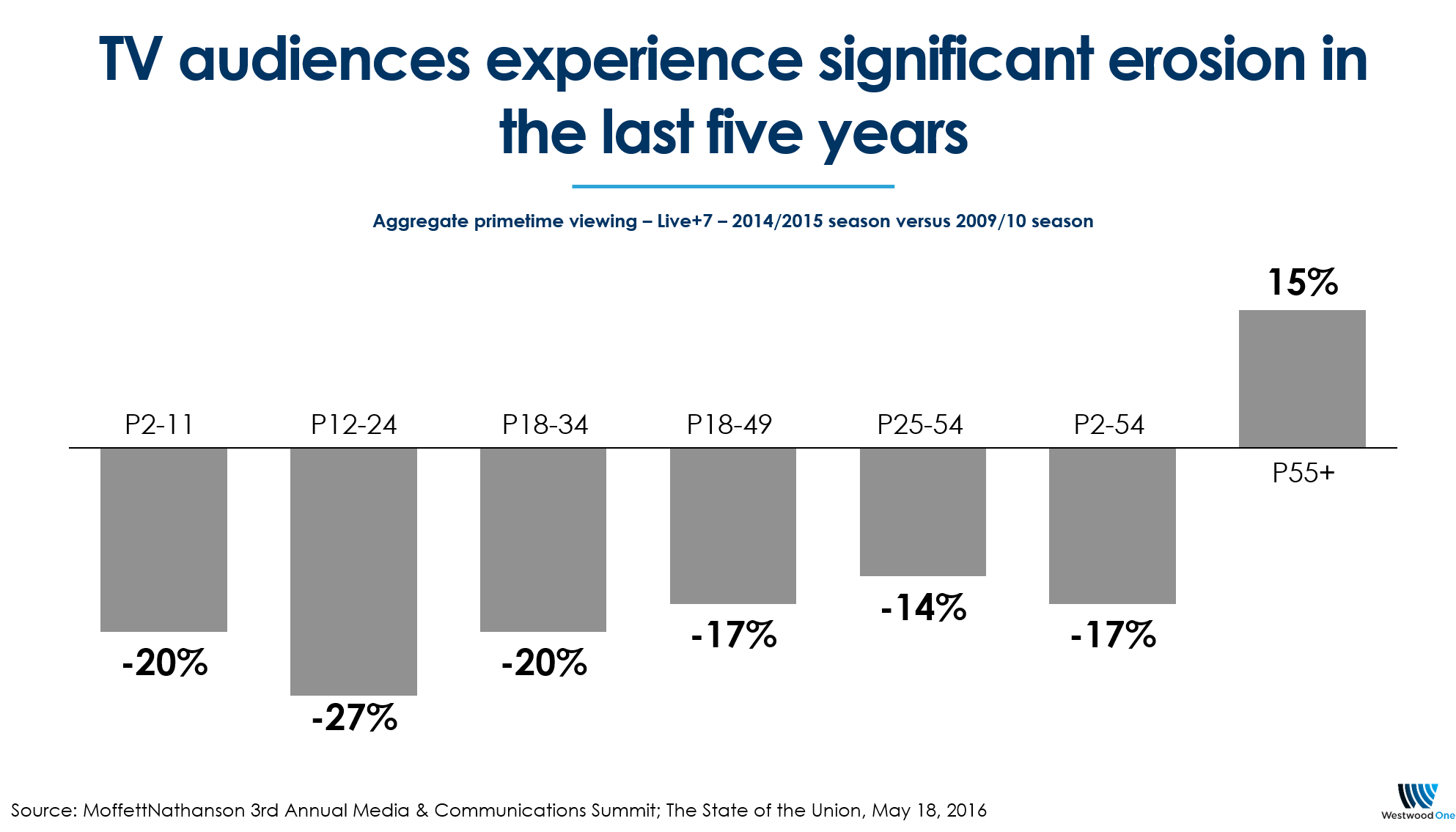 What does the steep drop in 18-49s mean for TV networks? Median ages are soaring: 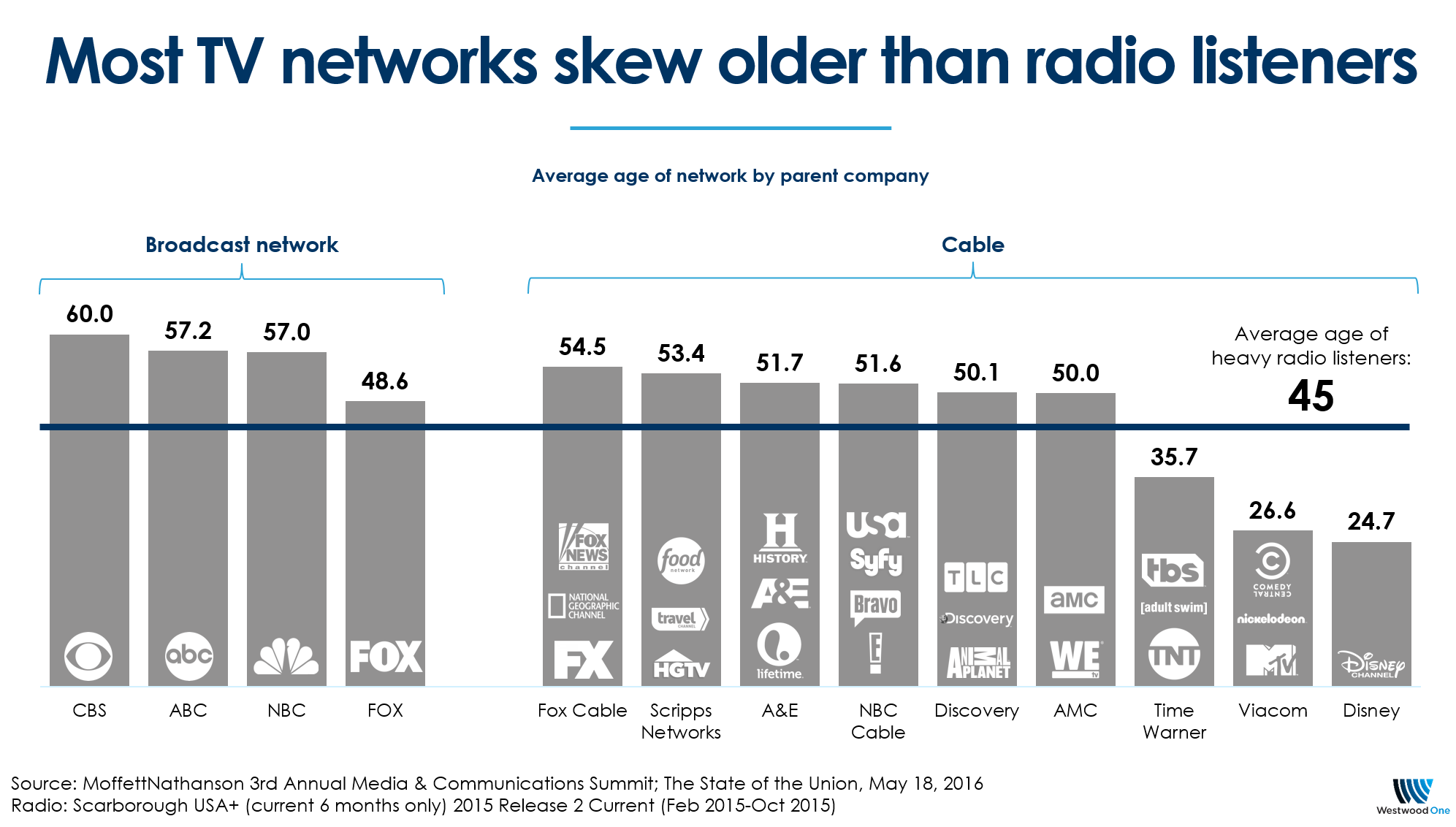 Think you can fix TV’s woes with just mobile and online video? Careful… 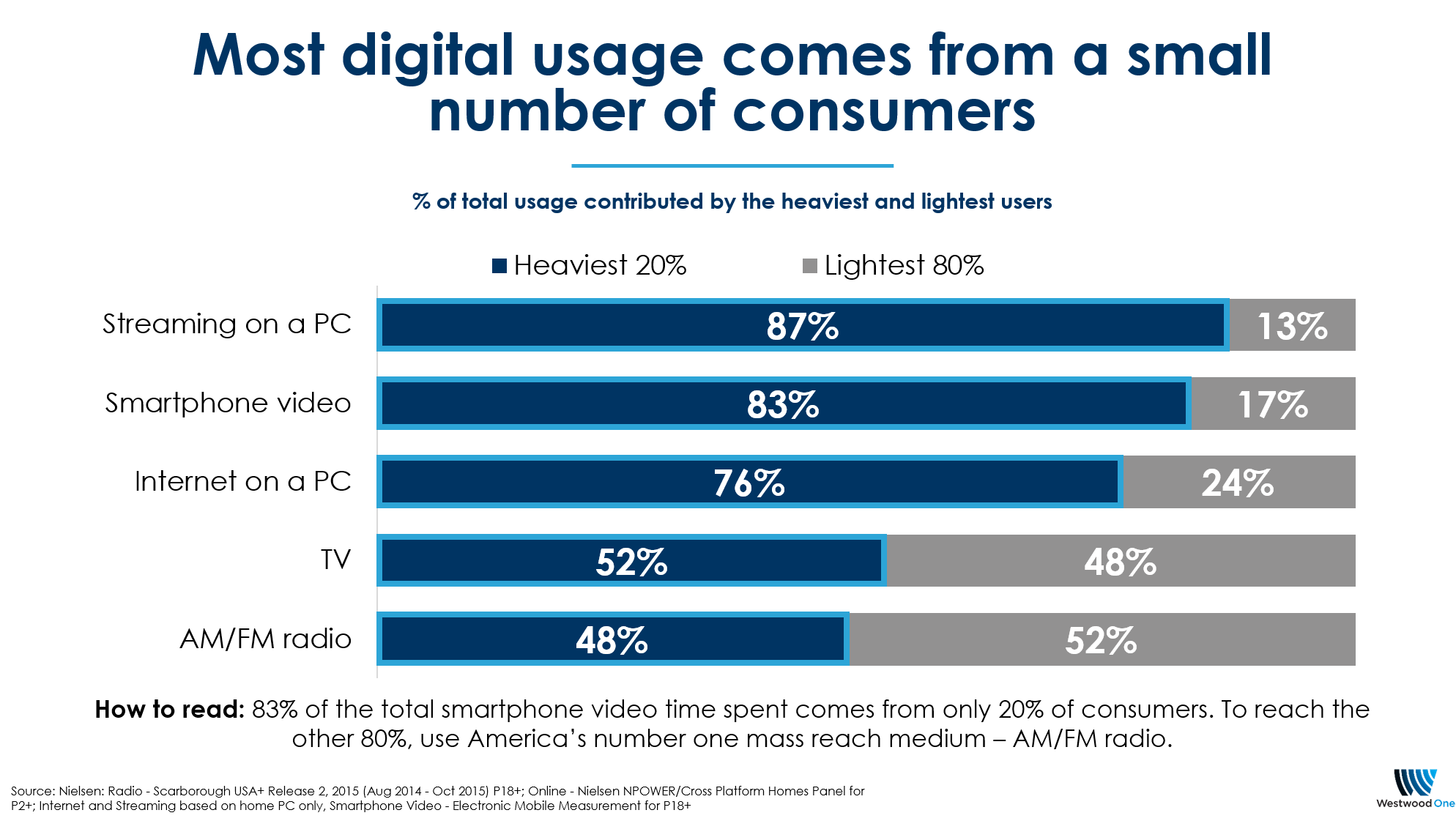 Nielsen recently revealed that the vast majority of mobile and video impressions come from only 20% of Americans. Mobile and online video can help, but you are still missing 80% of America.

Wall Street was shocked recently over the news that ESPN has lost more than four million subscribing homes over the past year. Since 2010, ESPN has lost 10 million homes.

Sports programming provides unrivaled levels of engagement, tapping into passion while driving a sense of community among fellow fans.  ESPN should continue to be a crucial aspect of your sports media plan.

Westwood One is the most significant sports audio platform in the world.

We especially help reach busy, on-the-go 18- to 49-year-olds with jobs, families, and kids. When these busy consumers are in car, AM/FM sports play-by-play is “the best available screen.” With Westwood One Sports’ multi-channel distribution strategy, we provide engagement via any device capable of producing sound.

It’s time to have a serious conversation about the Westwood One sports platform.

Brandon Berman is senior vice president of Sports Sales and Marketing at Westwood One. Follow him on LinkedIn.