Will Pandora be to streaming what MySpace was to social media?

MySpace was the first major social media site. It was da bomb. Then, Facebook came along and the rest is history. Does the same fate await Pandora? Time will tell.

Trouble is brewing for Pandora among 18- to 24-year-olds. Five slides from Edison Research’s “Share of Ear” study explain why.

In the world of online audio, there are two kinds of companies:

Meanwhile, the share of time spent with on-demand services Spotify and YouTube has jumped from 16.3% to 23.7%. For the first time, 18-24s are spending more time with music they rent versus music they own. 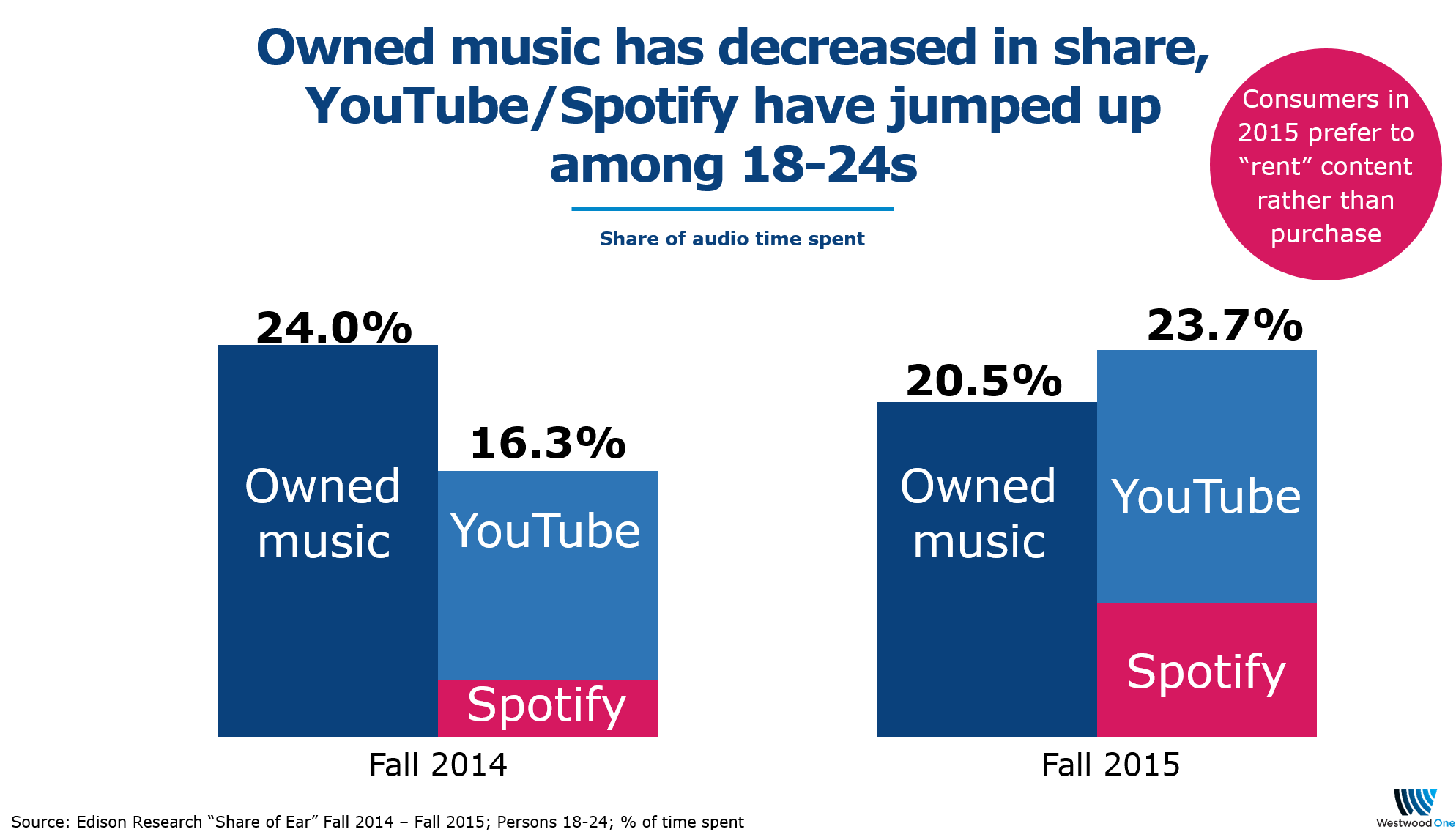 We are also seeing the shift from owning to renting content in the world of video, as DVD sales have plunged and Netflix has soared. 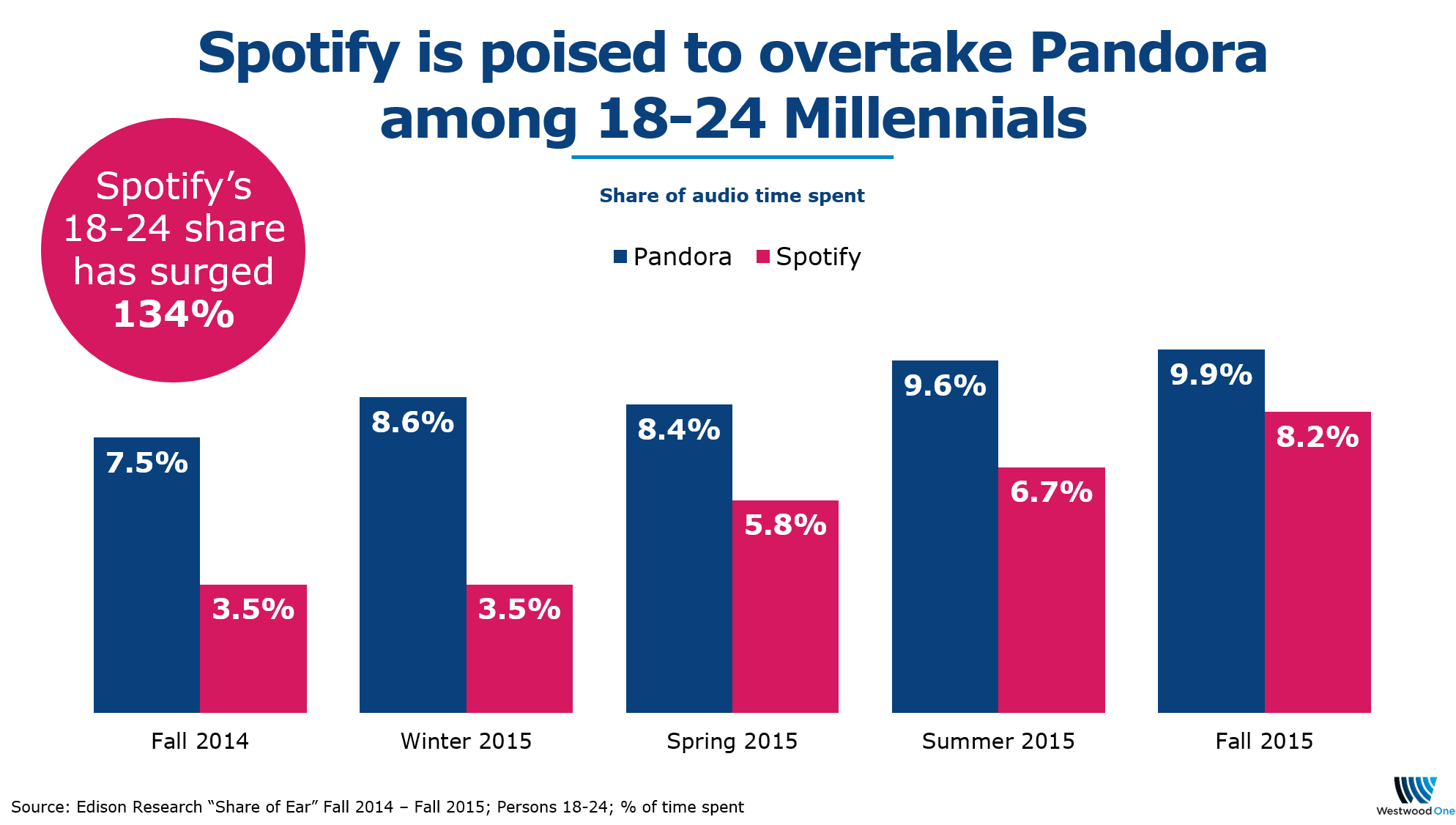 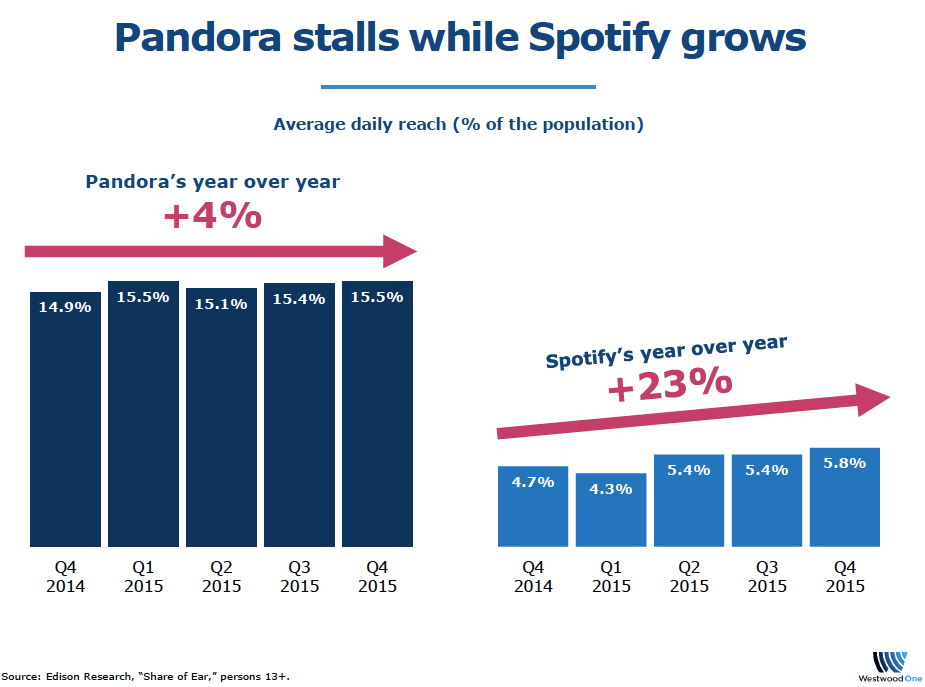 Among all people 13 and over, the number of total uniques, or different people Pandora reaches, has flatlined. Spotify’s total reach is up 23% since fall 2014.

5. Spotify’s audience has more passion compared to Pandora. Spotify does a much better job converting reach into audience share of time spent listening.  Among 18-24s, for every 1% of reach, Spotify generates a .45 share. Pandora is only able to convert 1% of reach into a .37 share. 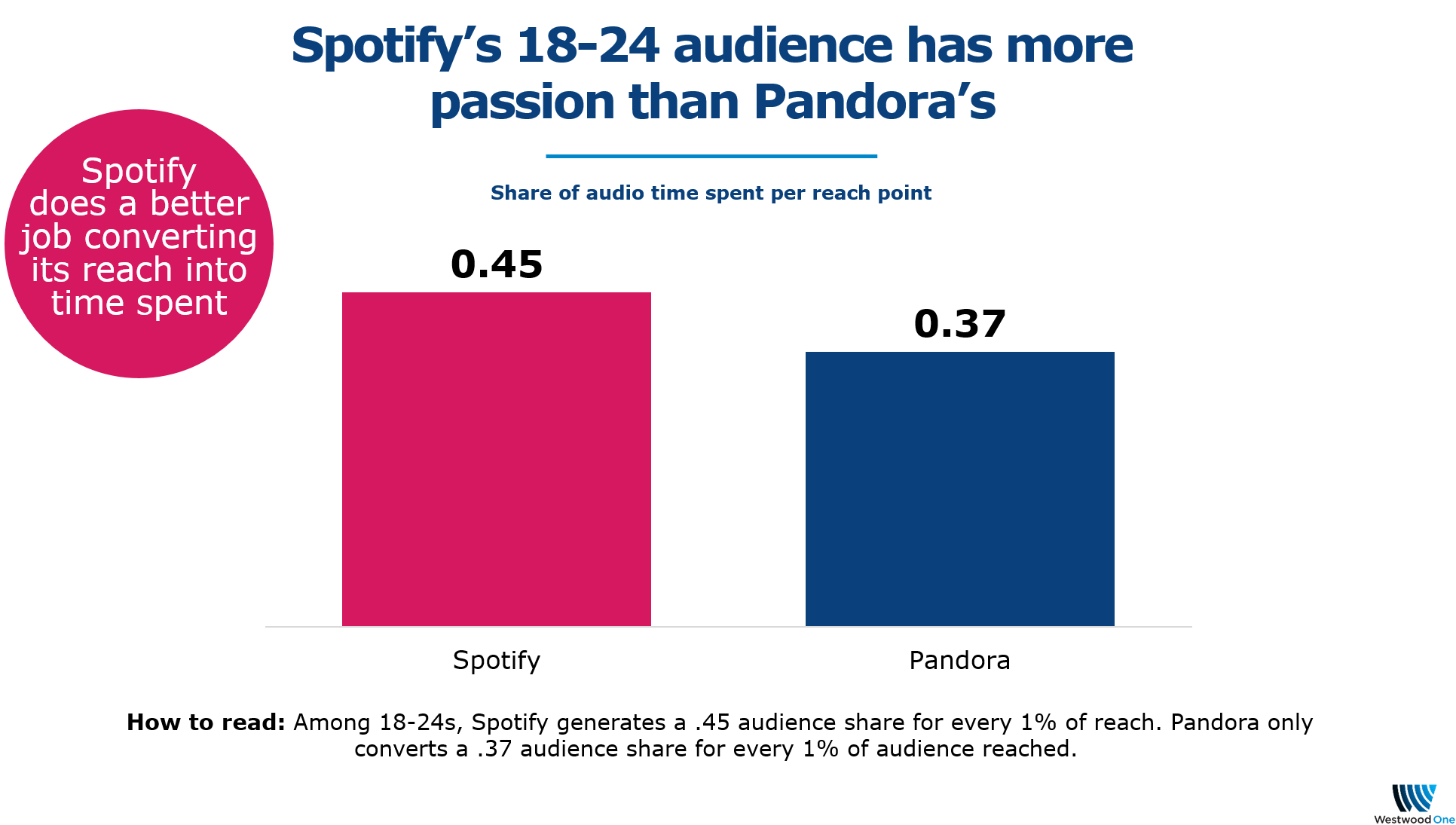 AM/FM is the centerpiece of audio

Meanwhile, Pandora has a big problem with 18-24s, and it’s called YouTube and Spotify. Something on the agenda for its new CEO.