Sixteen million unique radio listeners follow Westwood One’s NCAA Basketball coverage from November right through the Championship game in April. Westwood’s coverage simulcast on AM/FM, online, and satellite reaches a stunning one in three of the total March Madness audience. Among those that are exposed to March Madness in some form, one out of two men 18-49 and 25-54 will listen to the games on Westwood One. 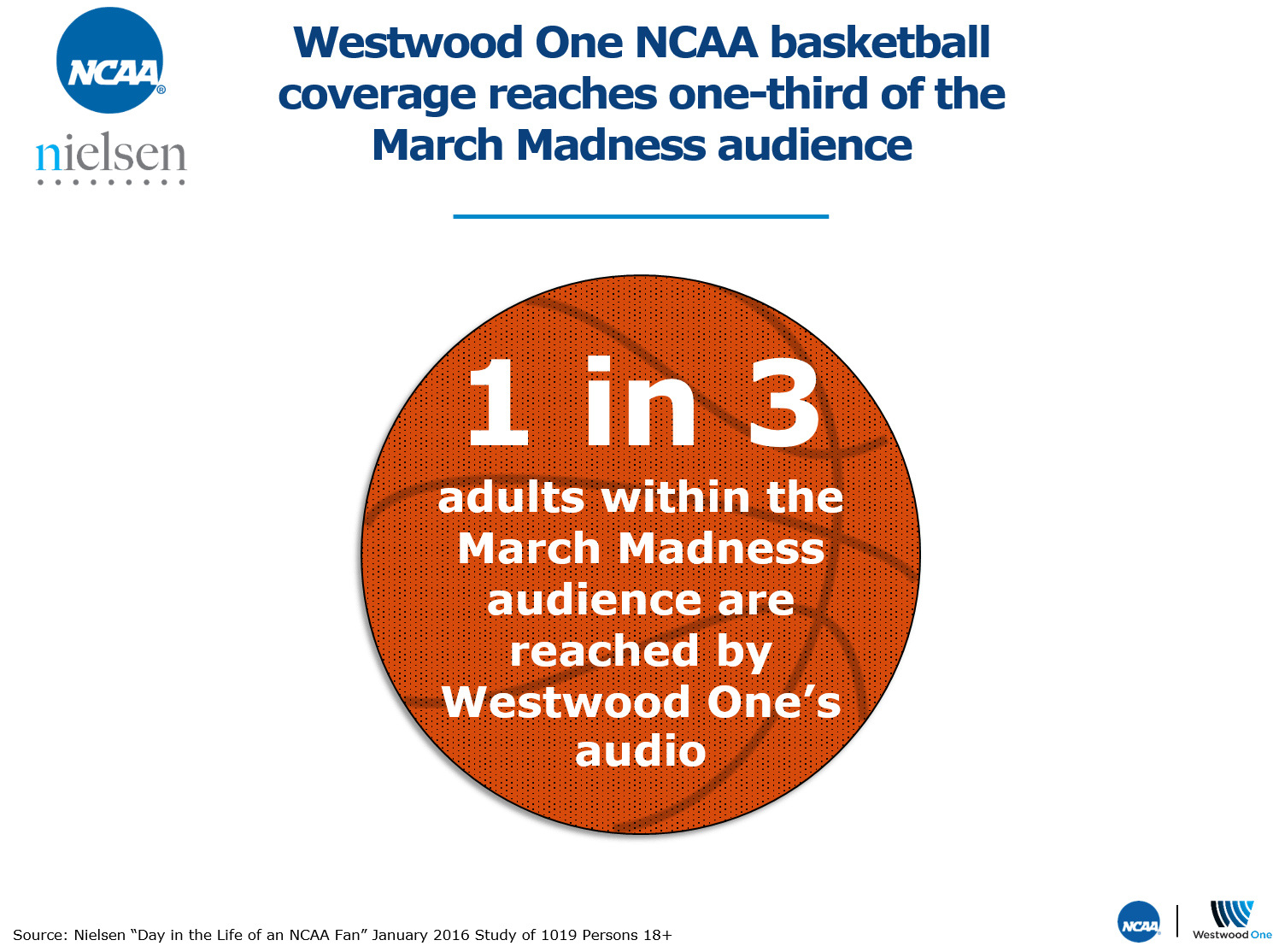 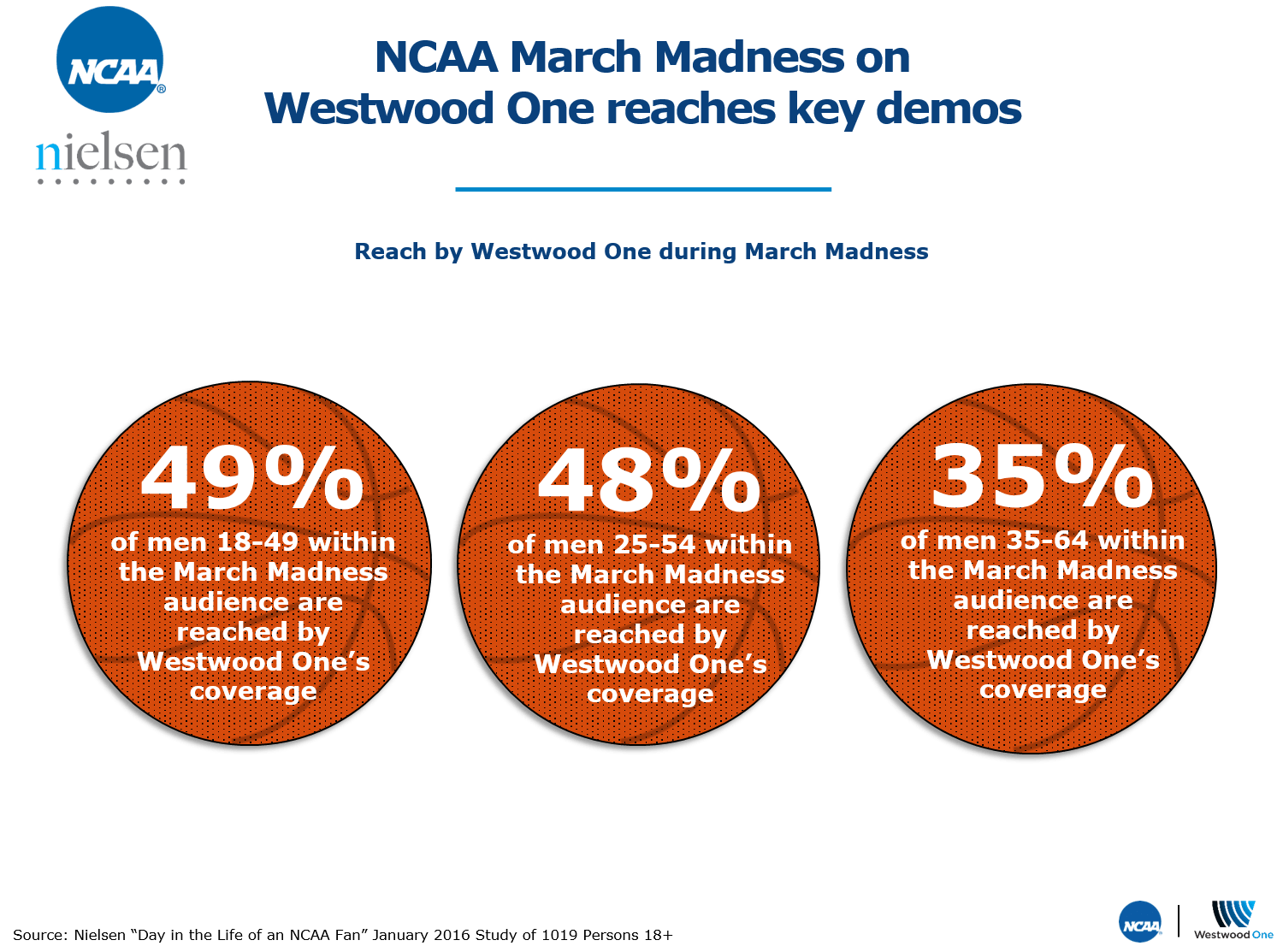 Regardless of the sport, radio play-by-play attracts the most upscale and full-time employed consumers. Since radio is the soundtrack of the American worker, the NCAA March Madness radio listener is much more upscale and employed versus the NCAA TV viewer. 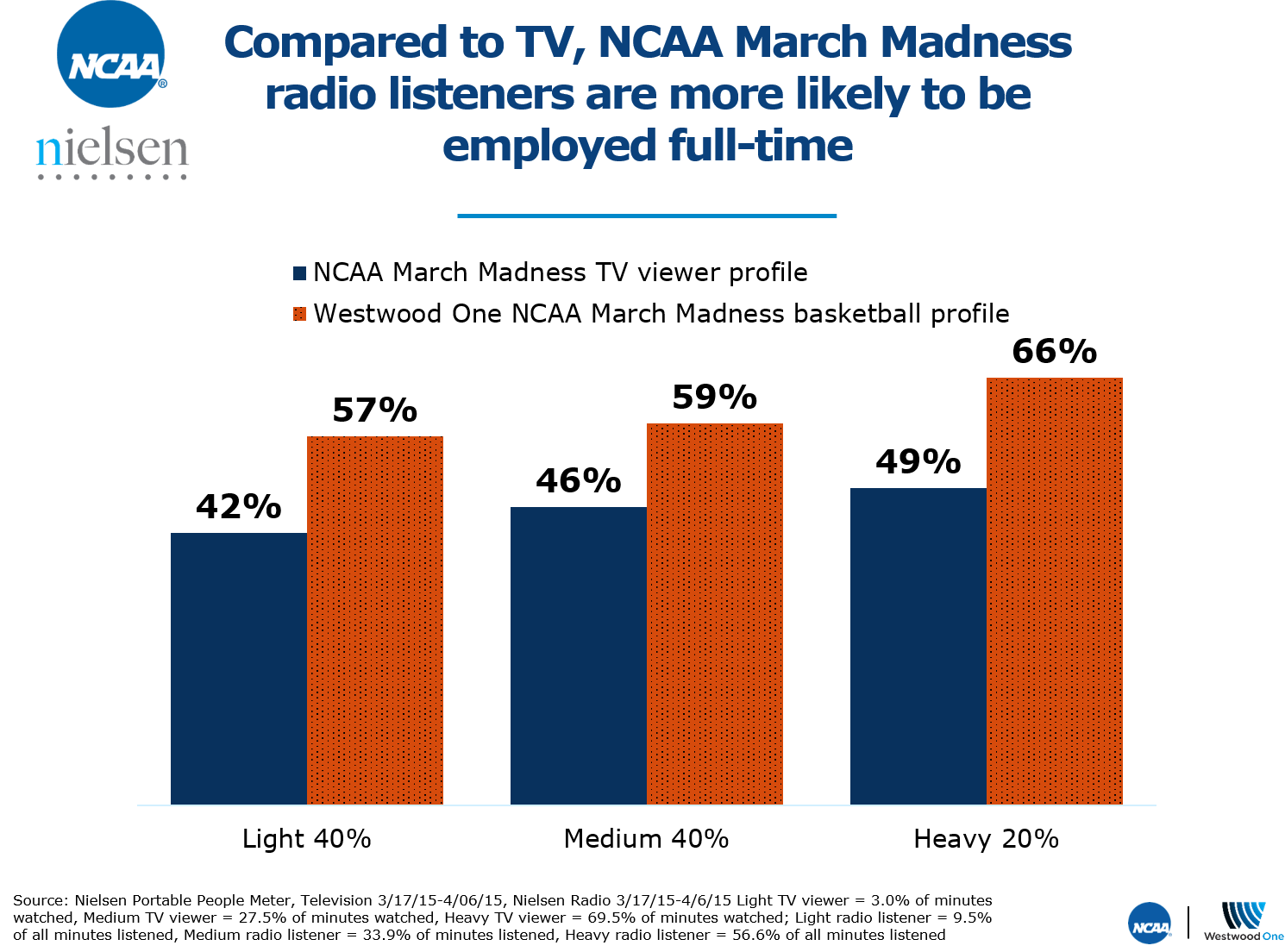 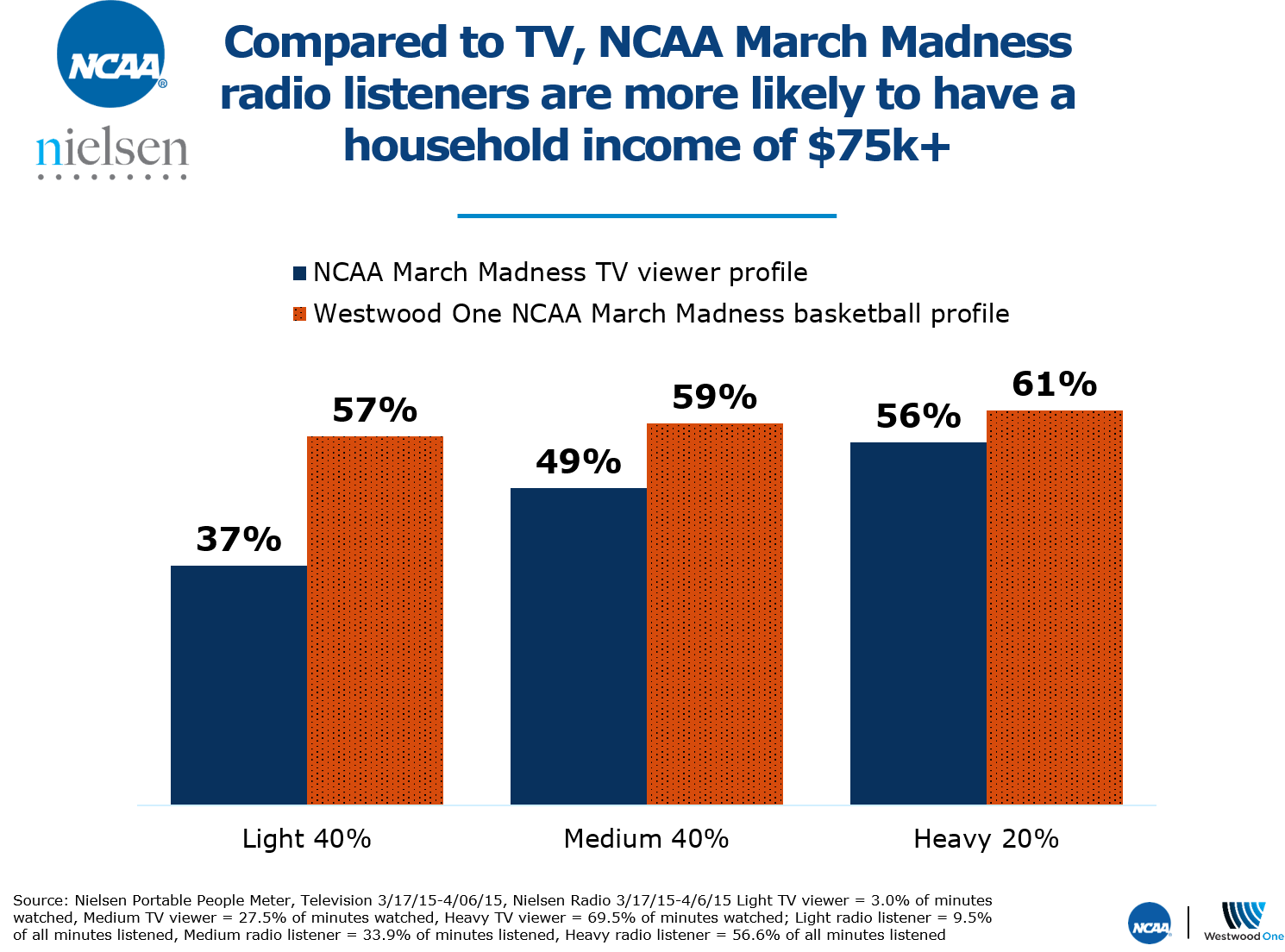 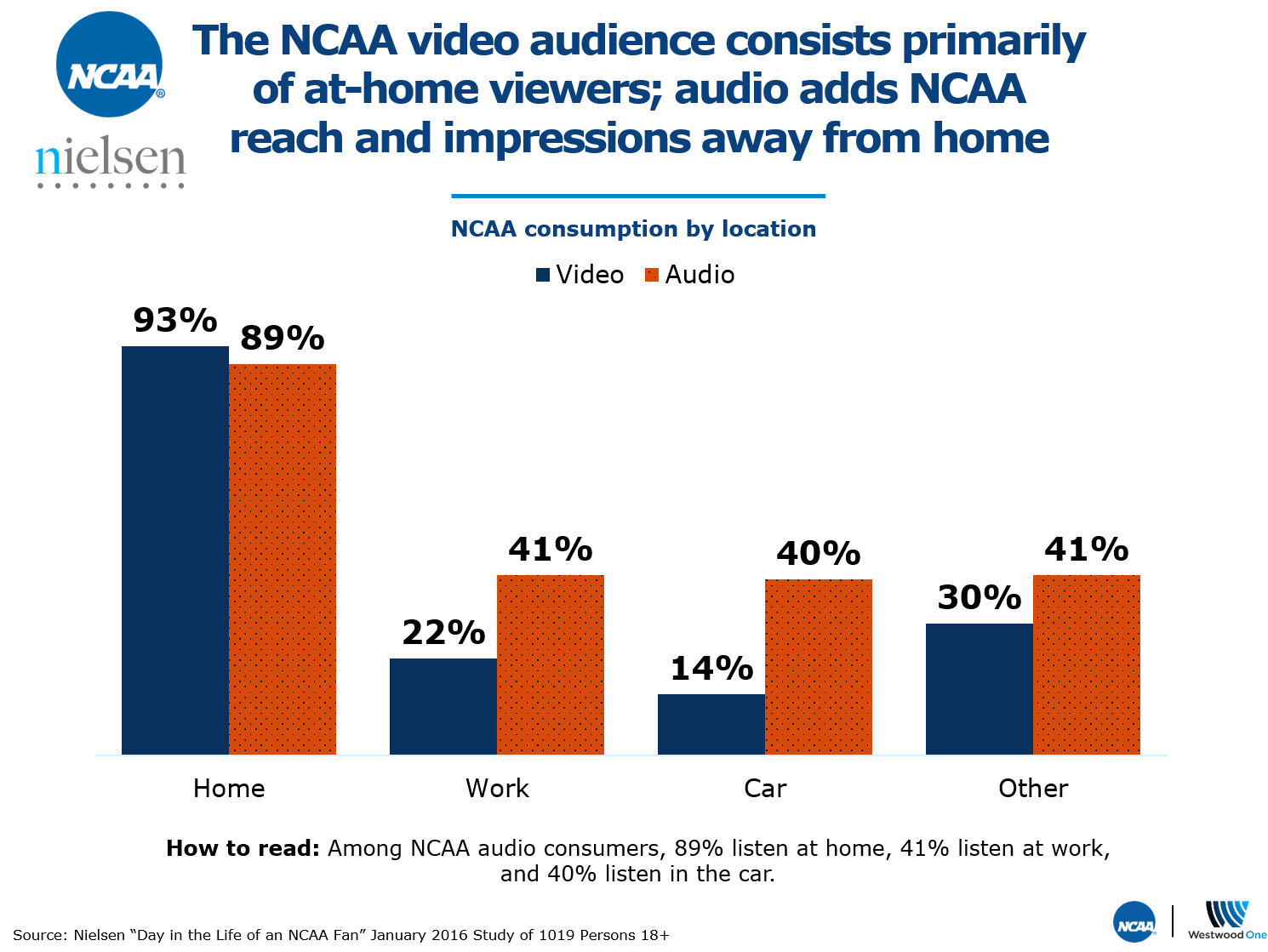 Since NCAA radio listeners are more likely to seek out the games in the car and at work, Westwood One’s coverage adds incremental reach to those who follow March Madness online, on social, and via video. 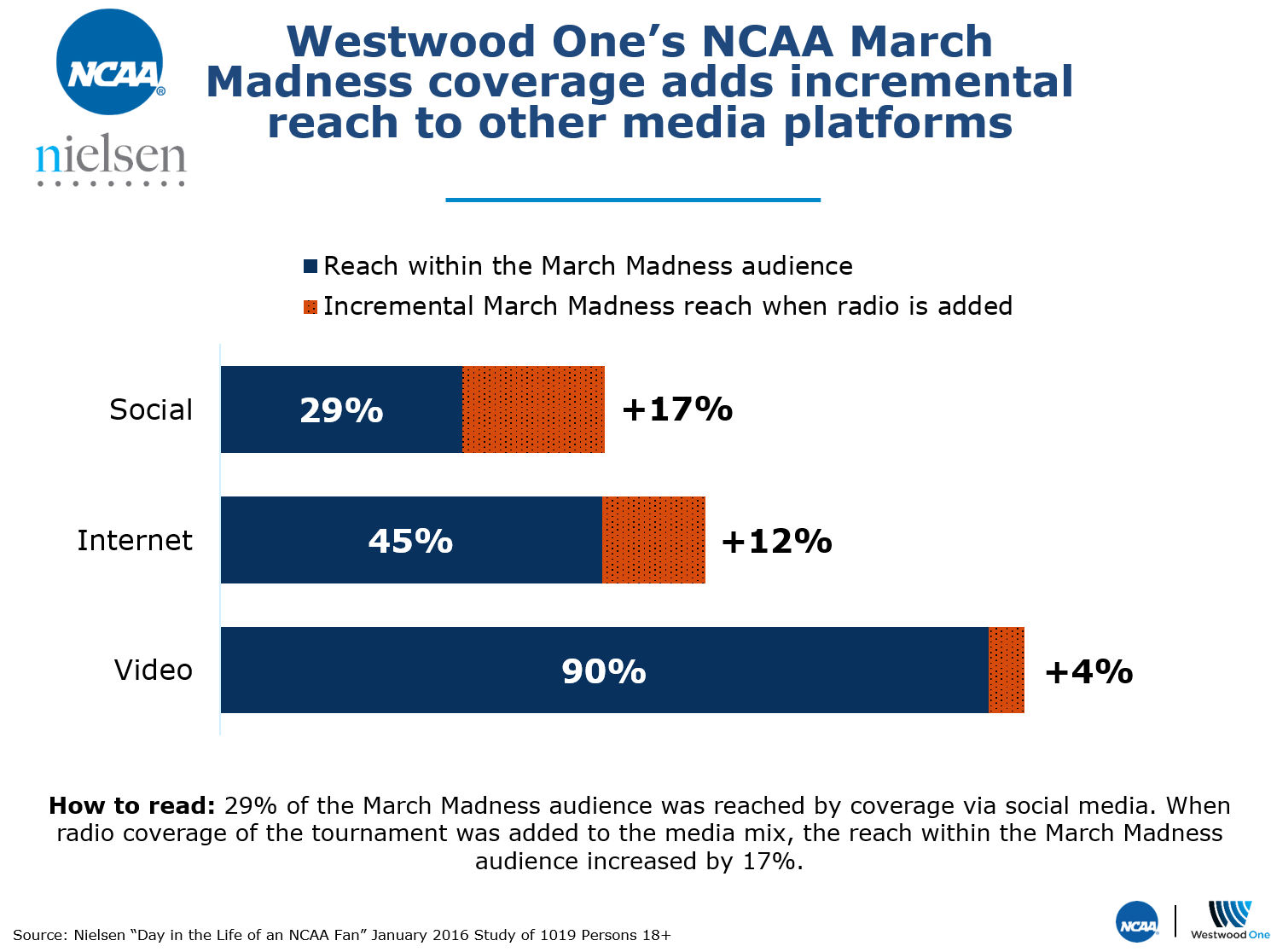 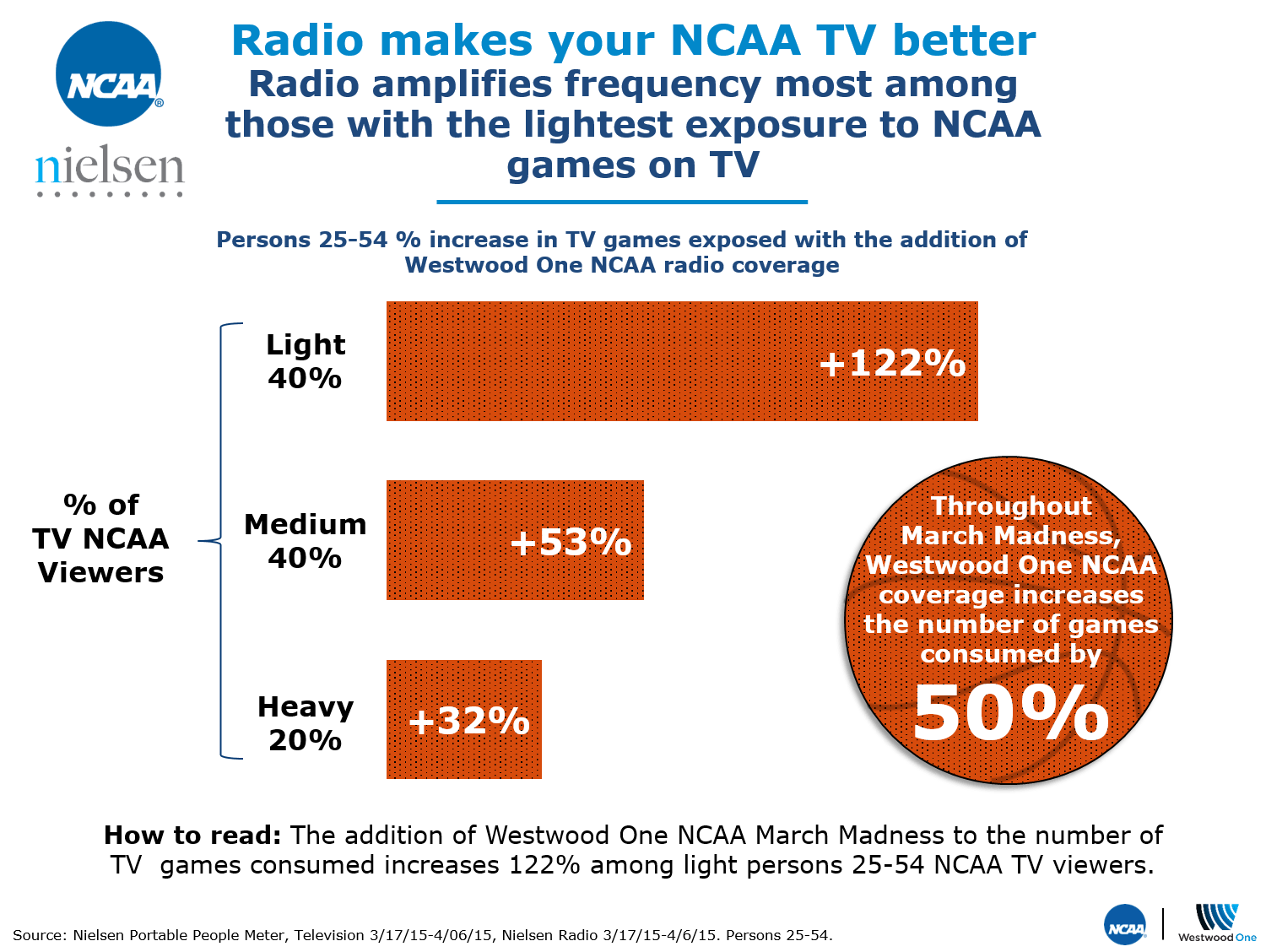 March Madness: So much passion. So little time.

Nielsen reports that NCAA Basketball is America’s fifth most favorite sport. This culminates into three weeks of excitement during March Madness, one of the biggest sporting events of the year.

Westwood One is the exclusive audio provider of the 2016 NCAA Men’s Basketball Tournament, from the First Four to the Final Four. Check out http://www.westwoodonesports.com for more information. For brand partnership opportunities, contact activate@westwoodone.com