Editor’s note: This is the second in a series about NFL and sports listening on the radio by Brandon Berman, SVP of Sports Sales and Marketing at Westwood One (pictured). Read part I. 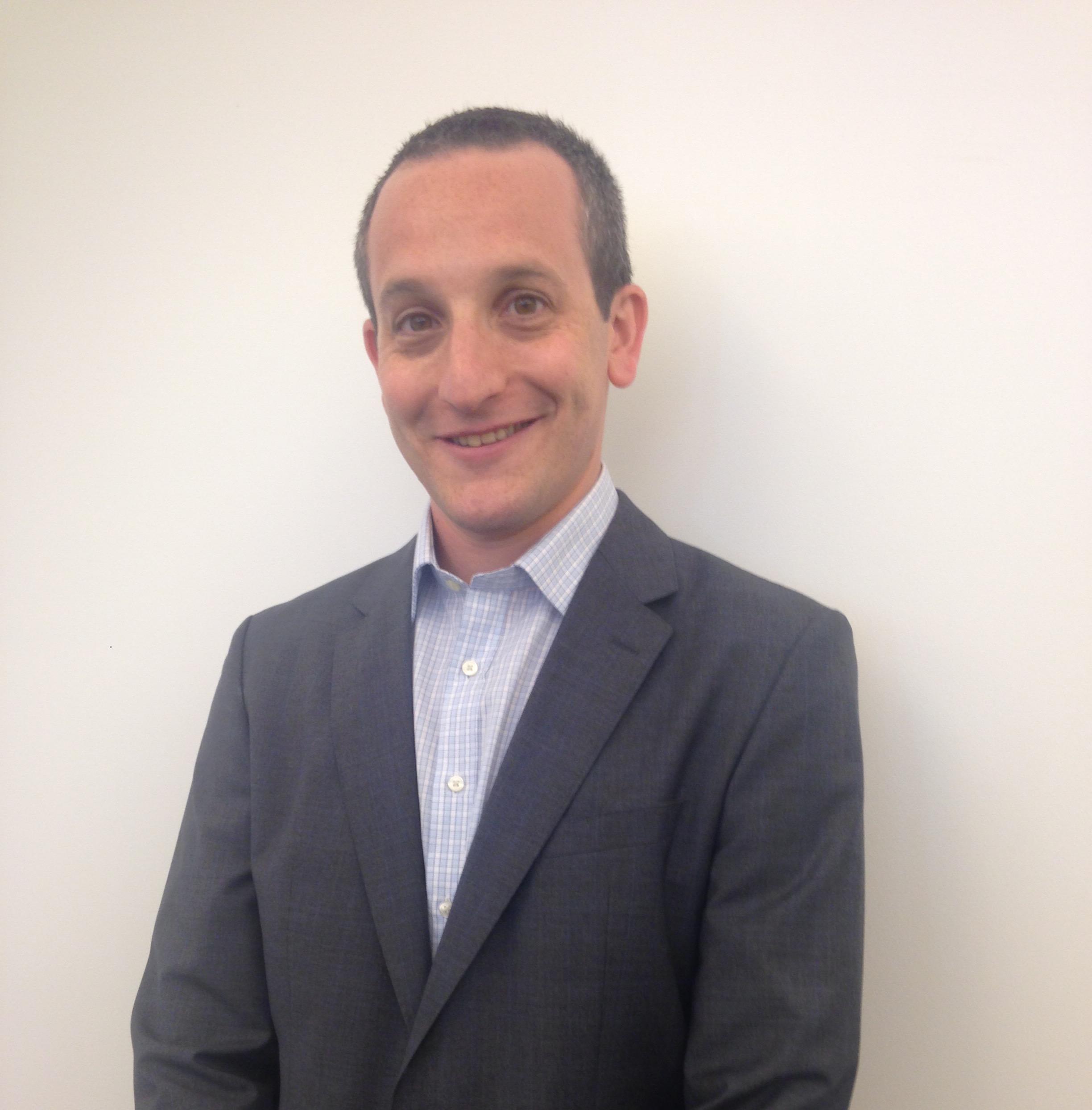 This past weekend, millions of fans tuned in to America’s favorite sport, the NFL, on multiple platforms — including Westwood One’s exclusive coverage on radio stations across the country. Advertisers are excited by the return of football, as they are guaranteed high ratings with virtually no time shifting, making NFL TV advertising a powerful media vehicle.

At Westwood One, we’ve been researching radio and television cross-media advertising exposure, so we can inform our advertisers of the best way to reach NFL fans. We already know that sports radio fans are an influential and engaged group of consumers.We teamed up with Nielsen to showcase with Nielsen the power of adding radio to an existing NFL TV schedule.(Read our previously released results here: “NFL on Westwood One Reaches 1 out of 5 Men 18-49 America“)The majority of NFL TV viewing (81%) comes from 40% of NFL viewers.Nielsen divided NFL viewers into five equal groups from light to heavy. In the illustration below, each guy on the couch represents 20% of the American NFL TV viewing audience. 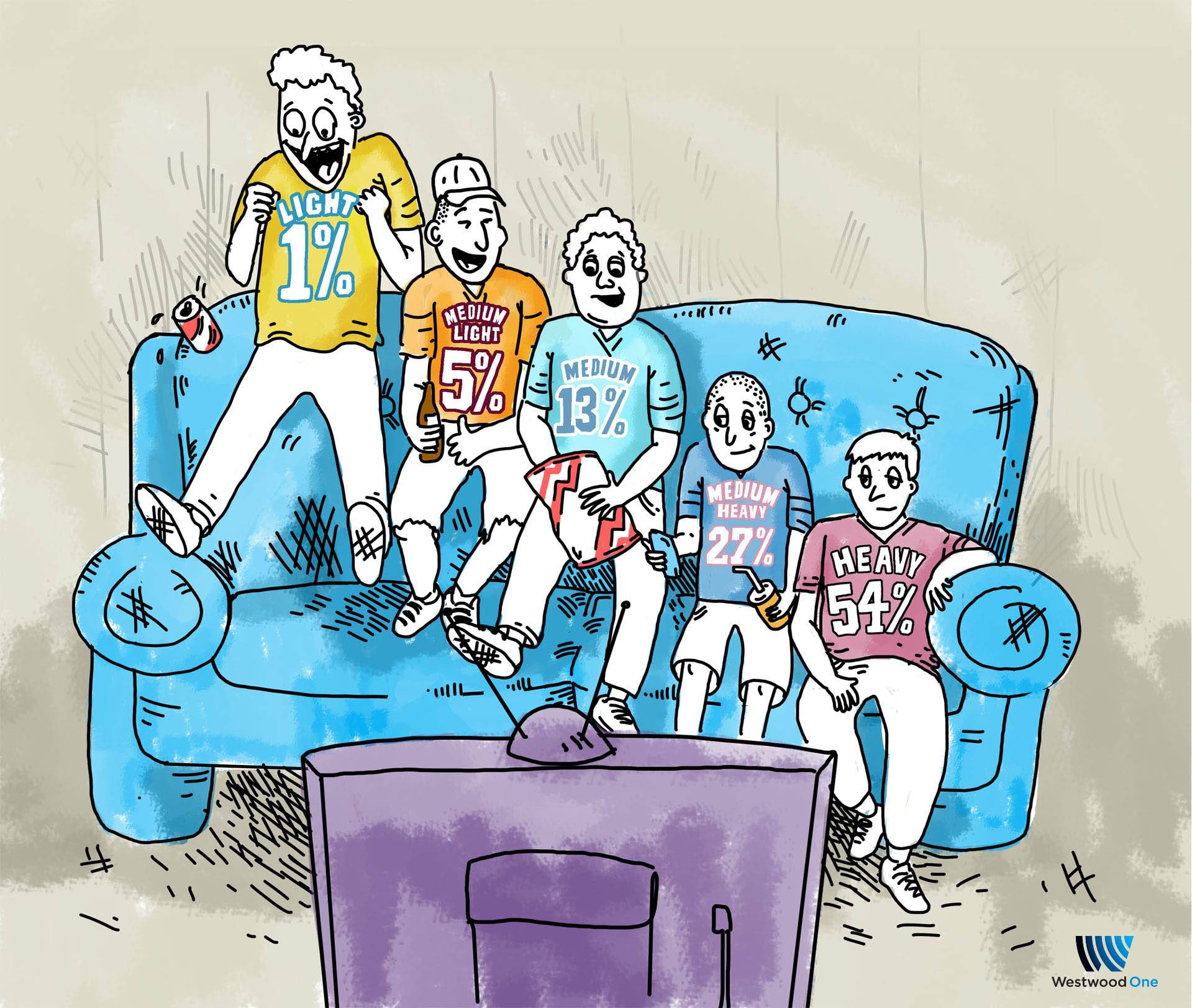 That’s where radio can help add even more frequency to the campaign.

Radio makes your TV better: radio amplified frequency most among those with the lightest exposure to the television campaign. 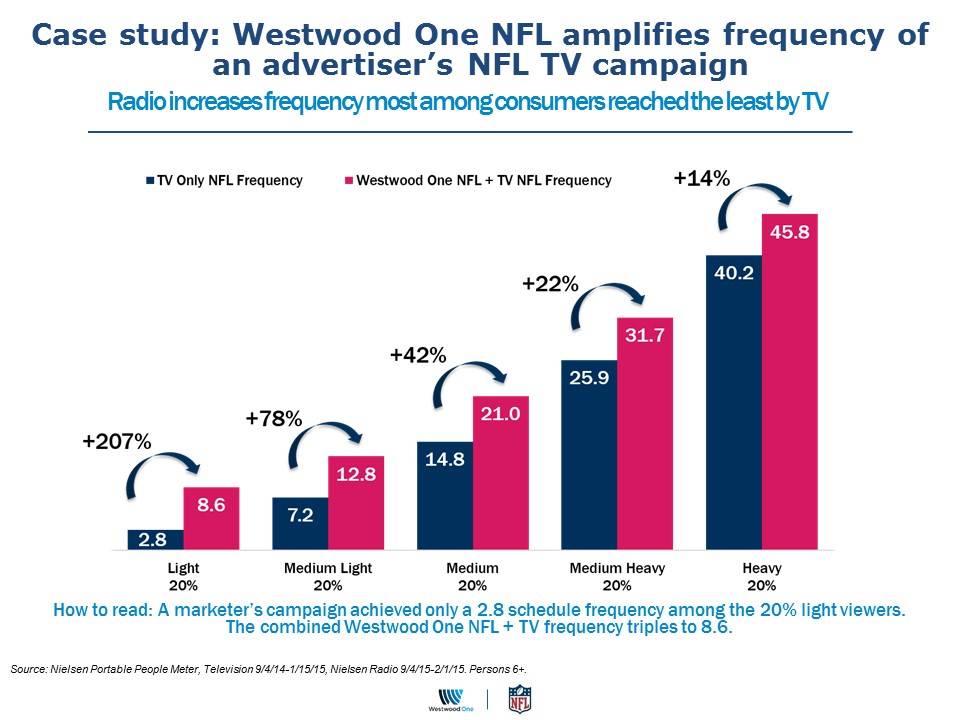 Westwood One NFL helped boost frequency among the 60% who are only lightly reached by the NFL campaign. The Nielsen cross-media study revealed radio tripled frequency among light TV viewers.

This new research shows how radio can enhance any TV campaign, amplifying your brand message to reach even more people, more frequently.

Brandon Berman is senior vice president of Sports Sales and Marketing at Westwood One.

Contact us today to find out how sports on the radio fits in your marketing campaign.

Find out more about our NFL coverage at www.westwoodonesports.com.