Due to ad fraud, non-human views, and brand safety concerns, major advertisers like Procter & Gamble have begun to pull back their digital spend. These massive brands are now increasing their advertising spend in mass reach media like television.

But putting all of your chips on television isn’t necessarily a safe bet. TV audience erosion is causing real concerns for brands. Here are 10 slides TV doesn’t want you to see.

Less people are paying for TV. According to Ad Age, “Almost half of adults 22 to 45 years old are watching absolutely no content on traditional TV platforms.” Instead, the number of cord-cutters and cord-nevers, people who are turning from traditional cable to alternative media, is increasing. According to eMarketer, there has been a 33% jump in cord-cutters. 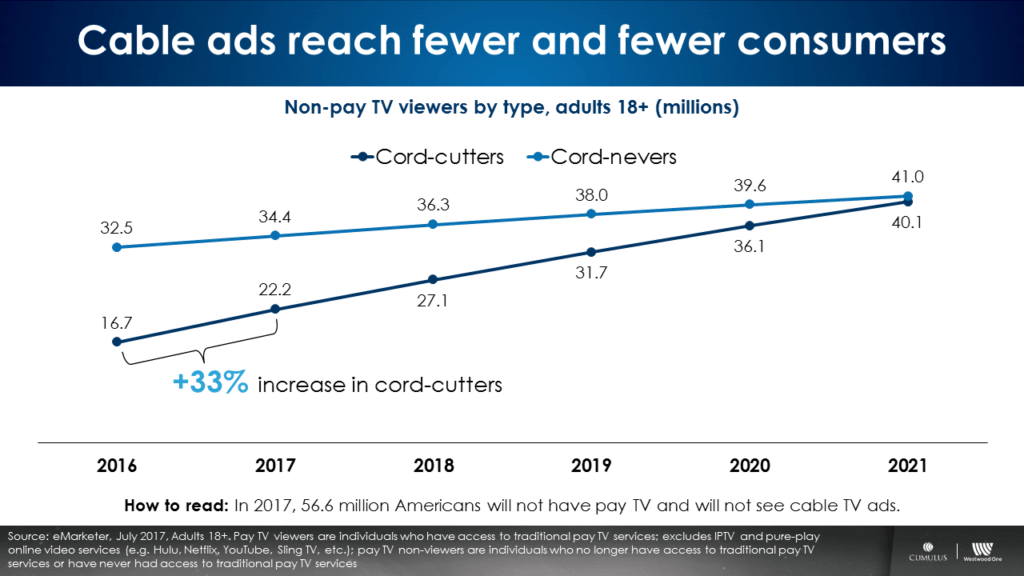 TV ads aren’t being seen. A study from the distinguished Council for Research Excellence reveals when TV ads are on, 40% of the time the audience is looking at their phone or tablet. 21% of the time they are not in the room. Only 39% of the time are “eyes on TV.” Many TV viewers are only hearing the ad, not viewing it. 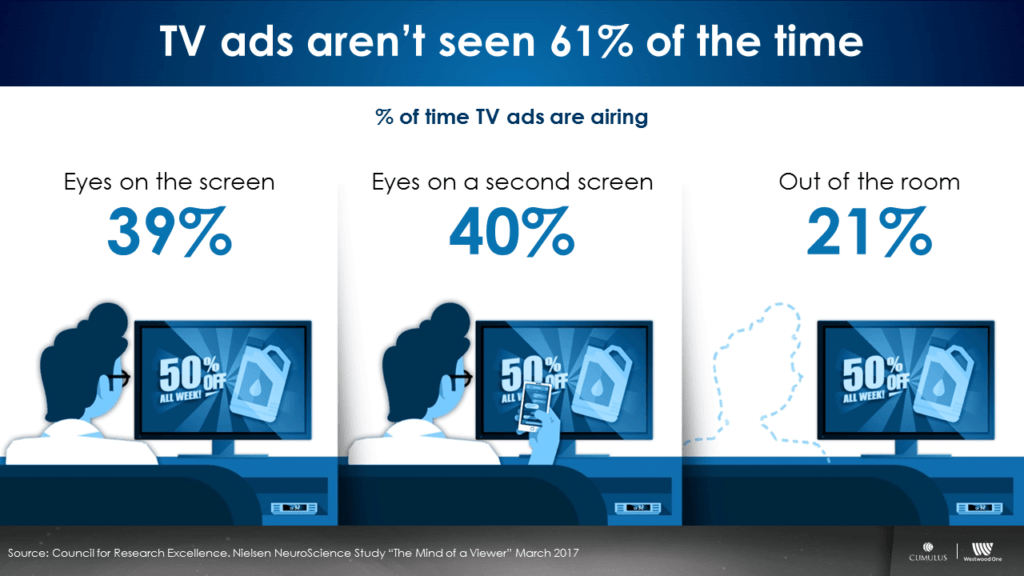 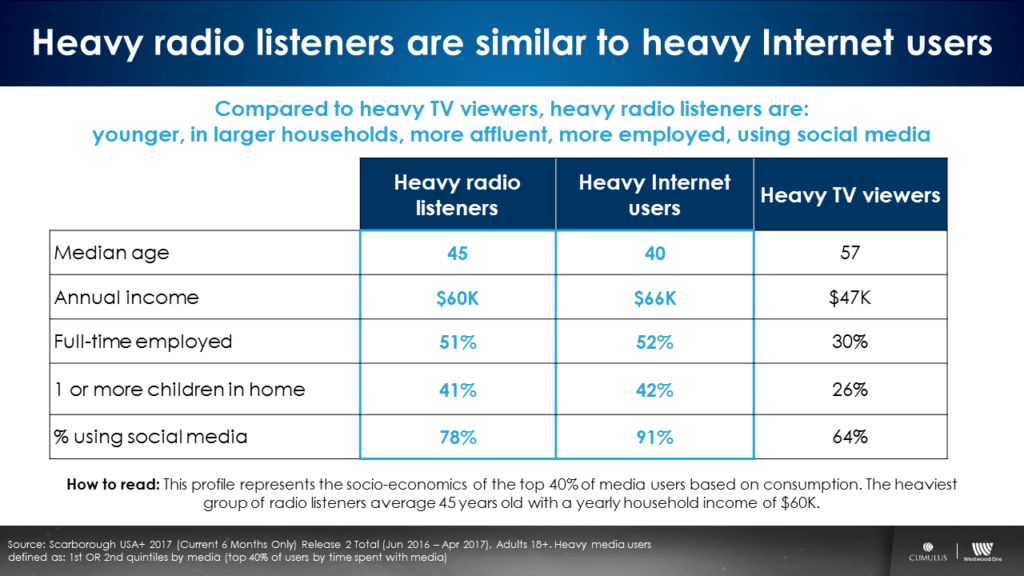 TV reaches less people than AM/FM radio. Nearly 1 out of 4 American homes are not reached by the top 20 cable networks. Midsize and small cable networks reach even less people. AM/FM radio continues to dominate, reaching 93% of Americans weekly and solidifying its spot as the #1 mass reach media. 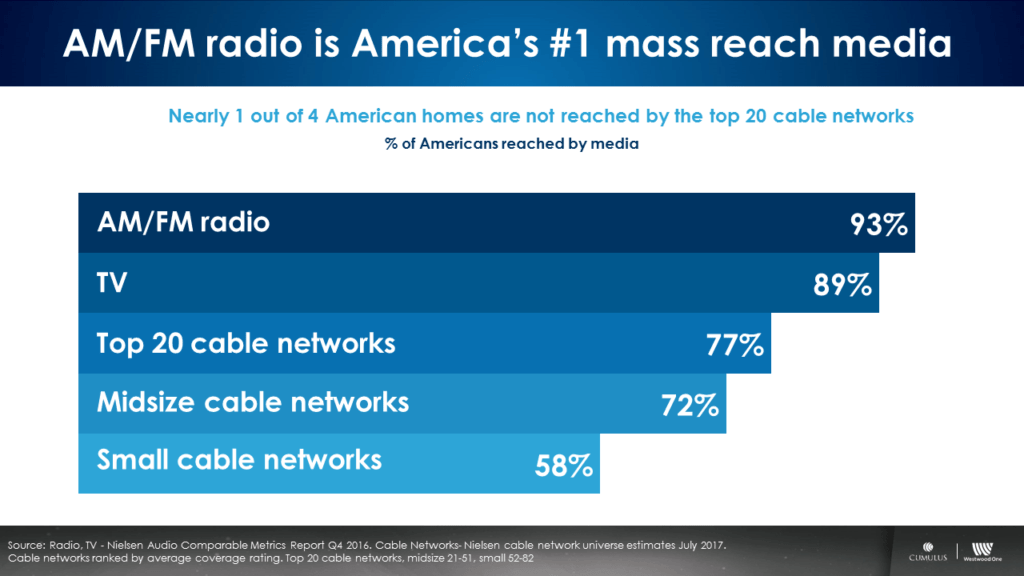 If you want smaller audiences, fewer eyes on your ads, and an older demographic, TV might still be the answer. But if you want to make an impact consider adding AM/FM radio to your media mix for mass reach and a younger, upscale audience.

Lauren Vetrano is Content Marketing Manager at Cumulus | Westwood One.