Why Cable Network GRPs Are Disappearing

This week, we look at the drop in cable TV audiences as fewer Americans are subscribing to pay television.

To date since January, cable networks have seen a subscription decrease of 2.6%. Advertisers with cable ad buys are now reaching less Americans than ever. How should they replace lost cable GRPs? With AM/FM radio, America’s number one mass reach media, which continues to show year over year growth. 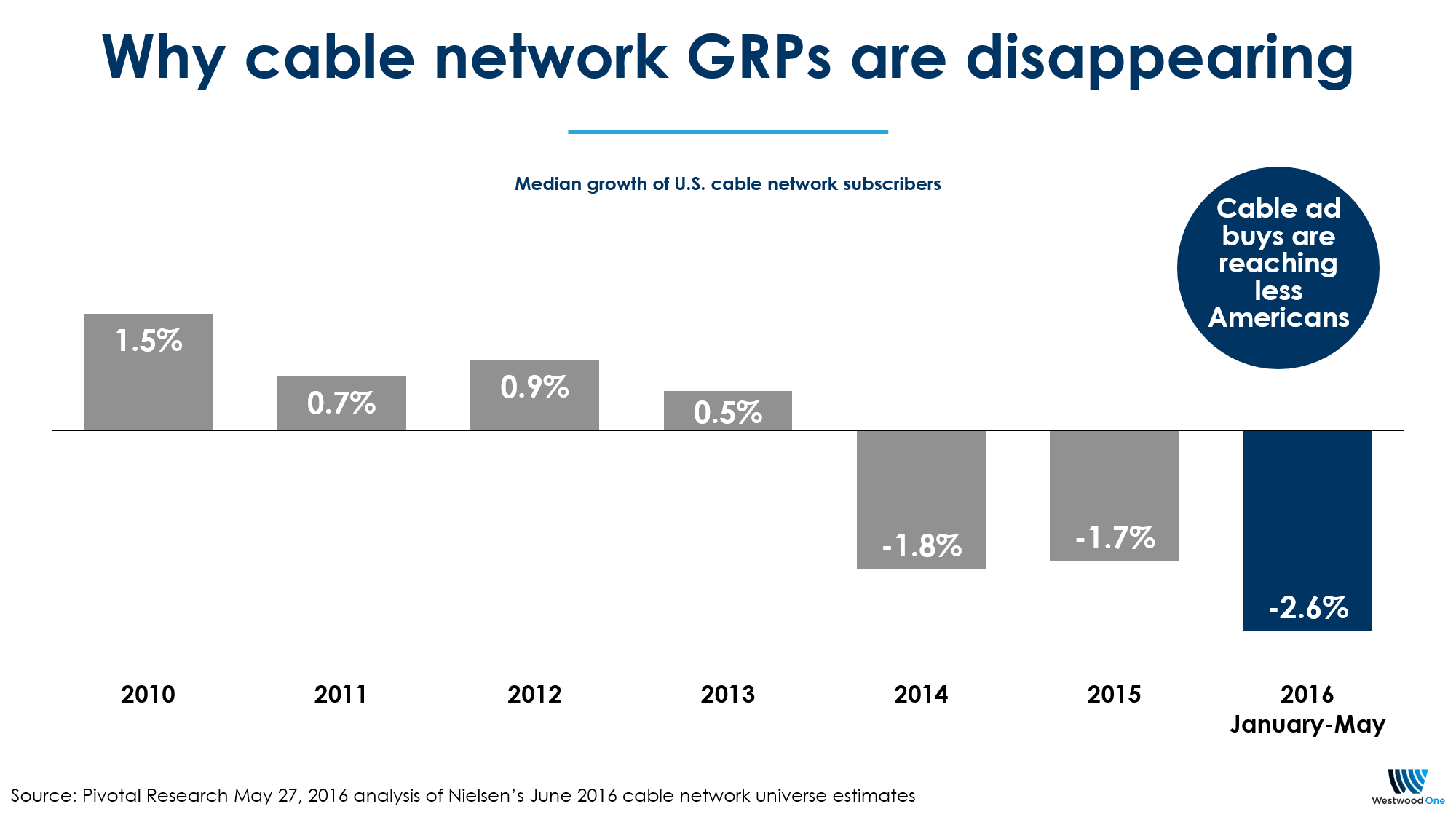