Do radio and TV drive sales for car dealers? Can it be proven? Questions the Utah Broadcasters Association wanted to answer.

In 2014, Ken Garff Automotive — recently ranked by Automotive News as the eighth largest auto retail group in the country — advertised in TV and radio. In 2015, they only used print, digital, and billboards.

1. Radio’s ad recall (36%) was nearly as strong as television (39%), despite the fact that twice as much money was spent in TV. While the campaign was only six weeks, the local broadcast media ad campaign earned strong awareness.

3. Radio is the TV accelerator: purchase consideration increases significantly when consumers were exposed to both TV and radio ads.

4. Radio and TV boost all stages of the auto purchase funnel. Compared with those just exposed to digital and billboards, consumers exposed to the radio and TV ads saw a major increase in awareness, dealer consideration, and likelihood to recommend and purchase consideration. 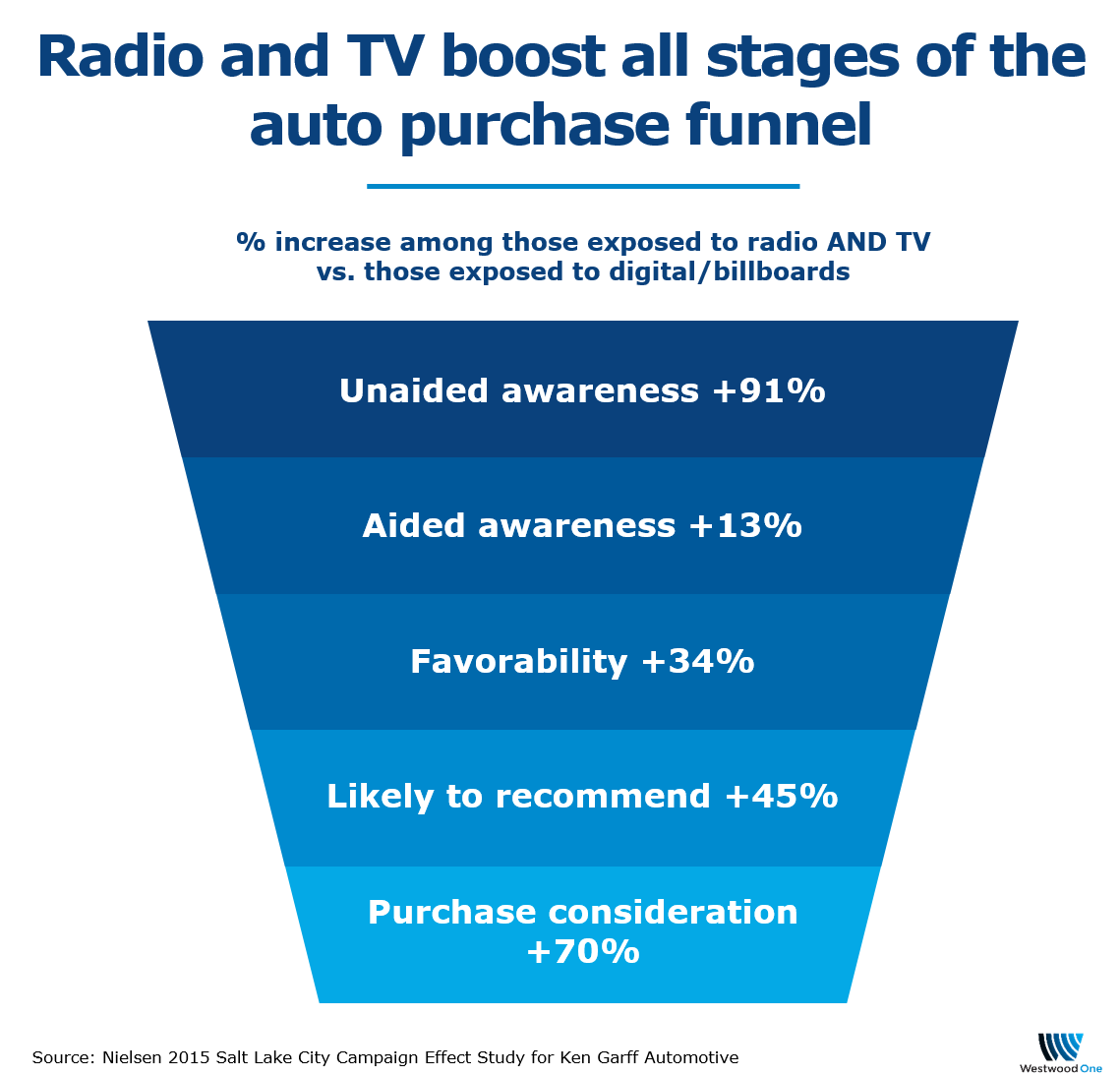 5. Radio ads earned the highest consumer association for being the most informative and believable.  Ken Garff Automotive used one 30 second radio ad and two television ads – a 15-second and a 30-second ad. Consumers described the radio ad as: “Short and to the point. Upbeat and friendly. Informative, 25% off, three locations.”

This historic study provides auto dealers across the country with key insights: